Melbourne City FC can announce it has signed midfielder Marcelo Carrusca on a one-year deal and elevated striker Braedyn Crowley to its first team roster ahead of Wednesday’s Westfield FFA Cup Quarter final.

Carrusca, 34, joins as the Club’s seventh off-season signing, following more than 100 appearances for Adelaide United across five seasons, and will be eligible for City’s 2016 FFA Cup Final replay against Sydney FC on Wednesday 13 September at Leichhardt Oval.

Carrusca began his career with Estudiantes in Argentina’s Primeria Division, and was part of Galatasaray’s squad which won the Turkish Superliga title in 2008. 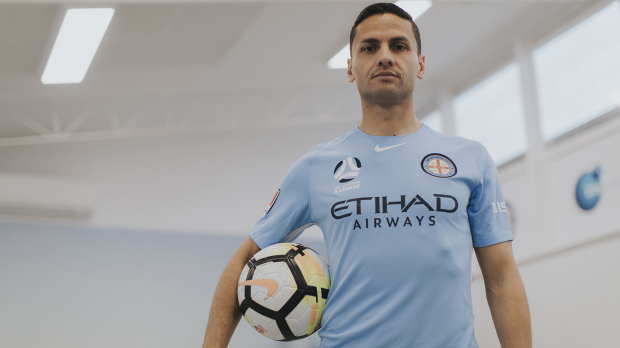 While at Adelaide, Carrusca was voted into the Professional Footballers Australia Team of the Season on three consecutive occasions between 2012-2015.

“Marcelo has a strong individual and team record in the A-League and provides balance and an additional outlet in our midfield. We brought Marcelo in to train with us over the past few days and have been pleased with his work ethic, his application and connection with our players and believe he add a new dimension to our squad.”

Braedyn Crowley will join Warren Joyce’s first-team squad on a one year deal until the end of the 2017/18 season. The 20-year-old striker joined City as a Scholarship Player in September last year from City affiliate club Northcote City and has now been elevated to a first-team contract. Joyce added;

“Braedyn has been a strong and regular contributor to our youth team over the course of his Scholarship contract and we have given him the opportunity to step into role with the first team squad.” 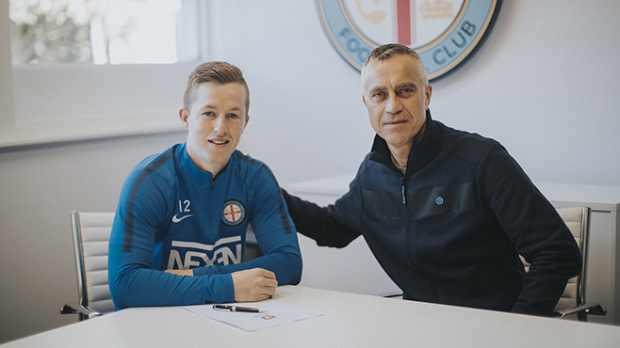 Carrusca commented on his signing;

“This is an exciting opportunity for me; a lot of players want to play here at this Club and I want to be a part of what City are building, including its connection to its fans and its desire for more success. I’m really looking forward to the chance to debut against Sydney on Wednesday. We’re three weeks out from the first game of the season so the players can’t wait to see our fans at AAMI Park.”

“Being at City has been a really positive journey for me. Earning a first team contract is something you dream about as a player so hopefully I can keep developing and take my opportunity when it comes.” 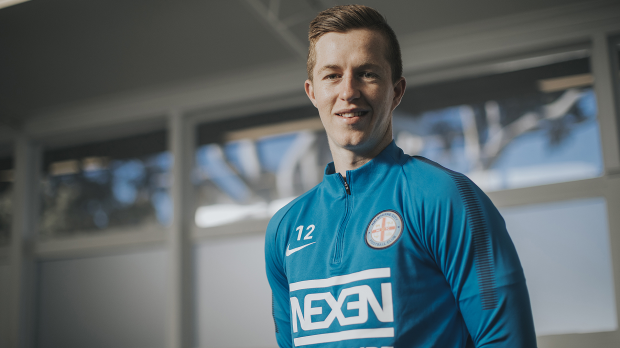