Following today’s announcement from Australian Professional Leagues (APL), we can confirm our A-League schedule for the month of March.

As announced earlier this week, we will play Western Sydney at Bankwest Stadium following our Grand Final re-match against Sydney FC this coming Tuesday.

Tickets for Tuesday night football are on sale, don’t miss out – click here to get yours now!

We are set for an extended stay in Melbourne after our away trip to the Wanderers, with at least four consecutive games to be played in our home state.

Kicking that period off will be the first Derby of the season on Saturday 6 March at Marvel Stadium.

The following Friday we will host new boys Macarthur FC at AAMI Park for the first time ever in what is shaping up to be an exciting battle. 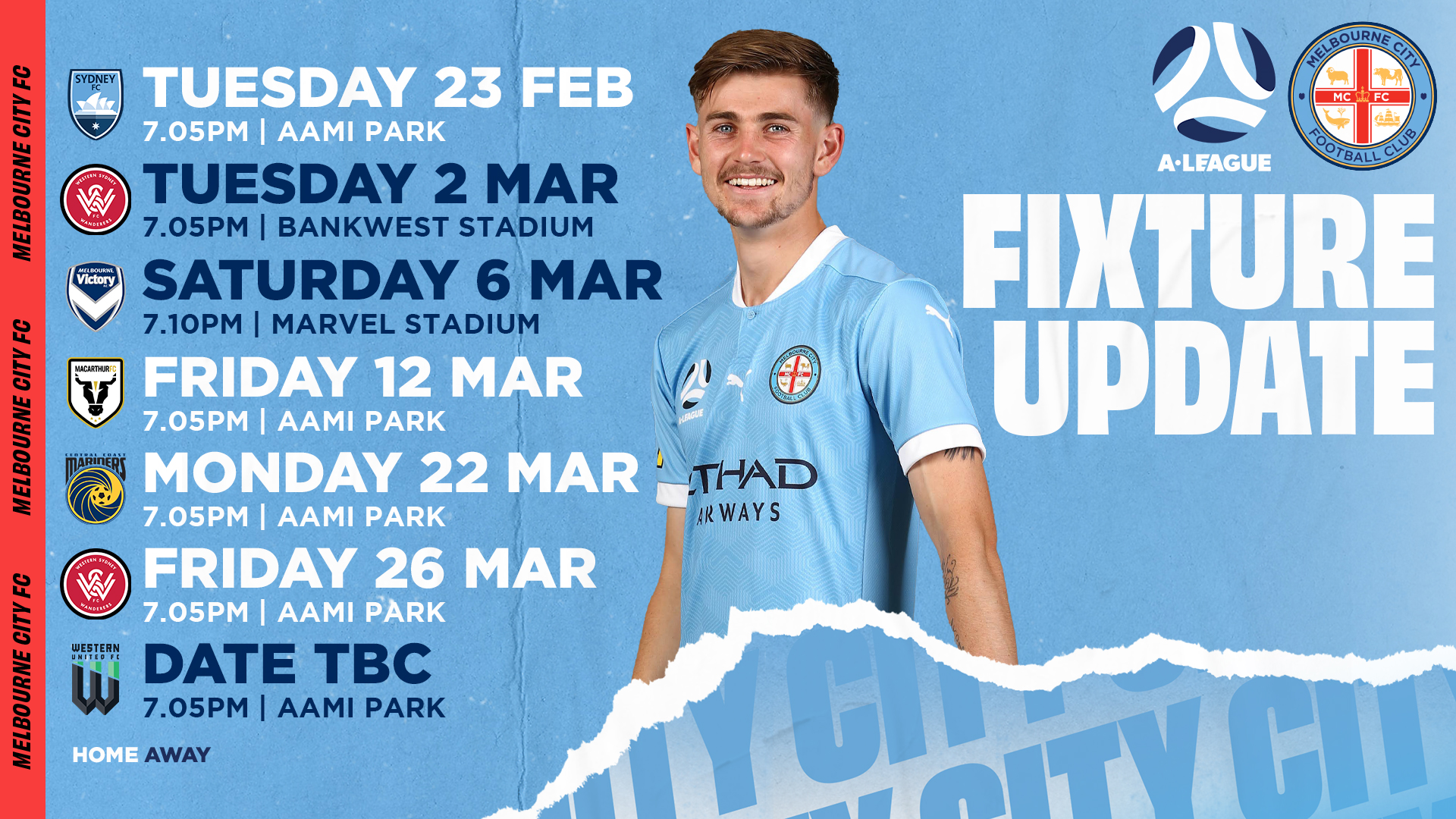 Up next will be a massive Monday night football clash against current table toppers Central Coast Mariners, before we play our third consecutive home fixture on Friday 26 March against the Wanderers.

We also will play an away match against Western United at AAMI Park, although the date of that fixture is still to be confirmed.

Stay tuned to melbournecityfc.com.au for ticketing information for these upcoming fixtures!