City Academy in China to take on Inter Milan

A Melbourne City select U16 team will take part in the inaugural Suning Cup Youth Tournament in Nanjing this week.

One of the young players taking part in the tournament is 16-year-old Tristan Patsiotis. Tristan’s first interaction with Melbourne City was in July 2010 when he walked out at the Etihad Stadium as a player mascot as an 8-year-old, for a friendly game against an Everton squad that included Tim Cahill. 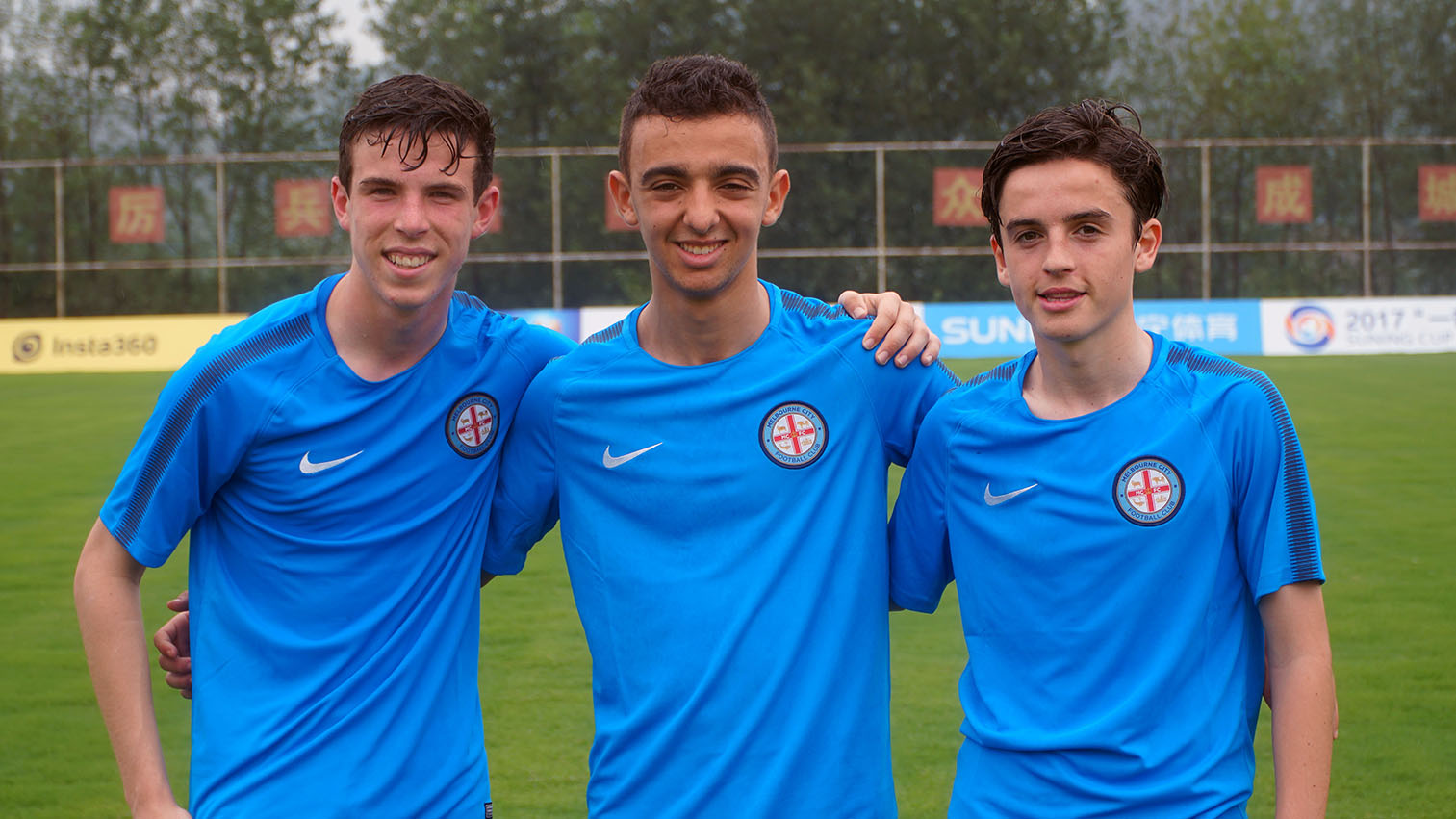 Seven years since that match, where he entered the field of play as a starry-eyed fan, Tristan, now a teenager, has earned a contract with City’s development squad and regularly passes Cahill in the corridors of the City Football Academy.

“I remember walking out onto the pitch with Michael Beauchamp and it was quite an overwhelming and exciting experience, with the fans in the stadium chanting the player’s names. I knew at that point that I would love to become a professional player and have that experience myself,” Patsiotis said.

Patsiotis is also a member of Patrick Kisnorbo’s U20 development team that clinched the Eastern Conference Championship just two weeks ago. 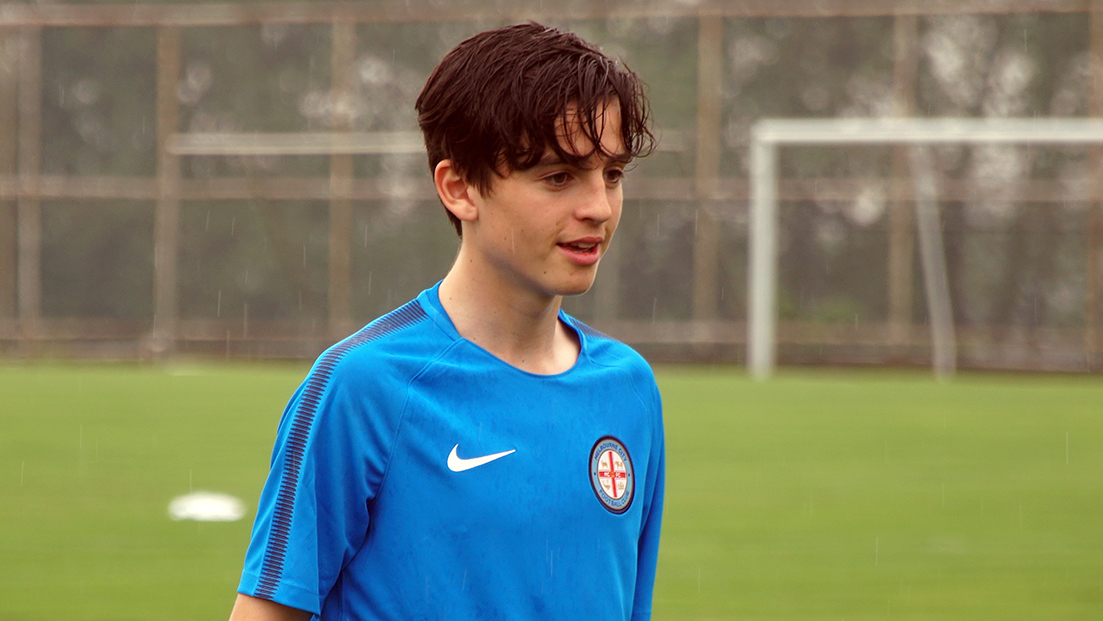 PIC: Tristan Patsiotis trains at the Jiangning Football Training Base in Nanjing.

Under the guidance of Palatsides, the squad consists of 20 talented 15 and 16-year-olds, including recent scholarship signing John Roberts and Australian U-17 internationals Giovanni Stellitano, Luke Duzel, Nick Theodosiou and Dalibor Markovic.

Palatsides said: “The Suning Cup is a unique opportunity for our young players to learn and challenge themselves. Playing against academy sides from some of the biggest clubs in Europe and Asia provides special opportunities for player development. We also excited about exposing our players to a new culture, which is an important step in their development as athletes and young leaders.” 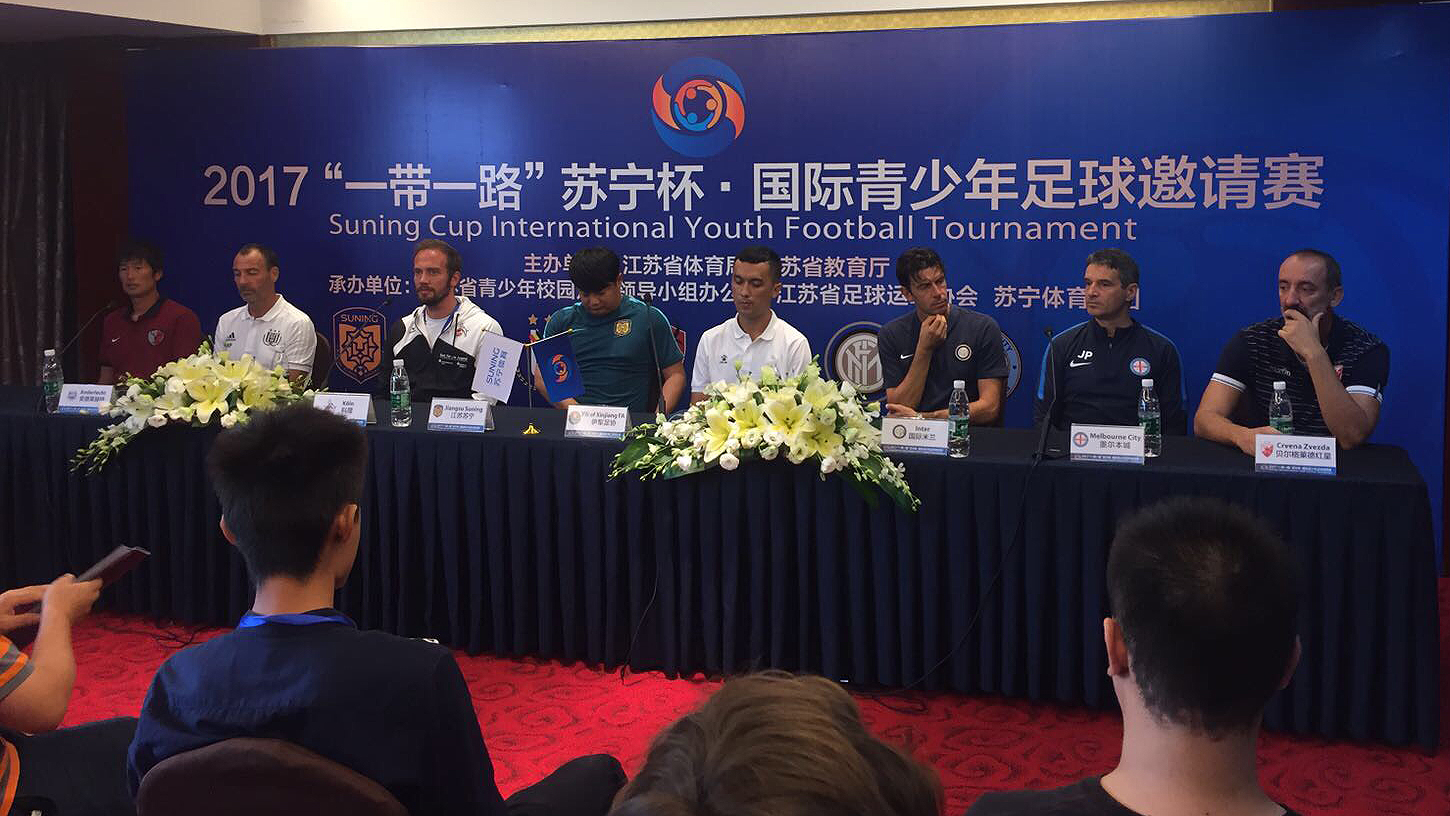 About the Suning Cup

The eight participating teams will consist of players born in 2001-2002, with each team training and competing in venues based at the Jiangning Football Training Base in Nanjing.