City in the Community is delighted to announce the opening of the Malahang Reserve 5-a-side Community Football Pitch.

Through the funding contributions of City in the Community and Sport Australia, the City of Banyule has delivered a high-quality football pitch for the local community. 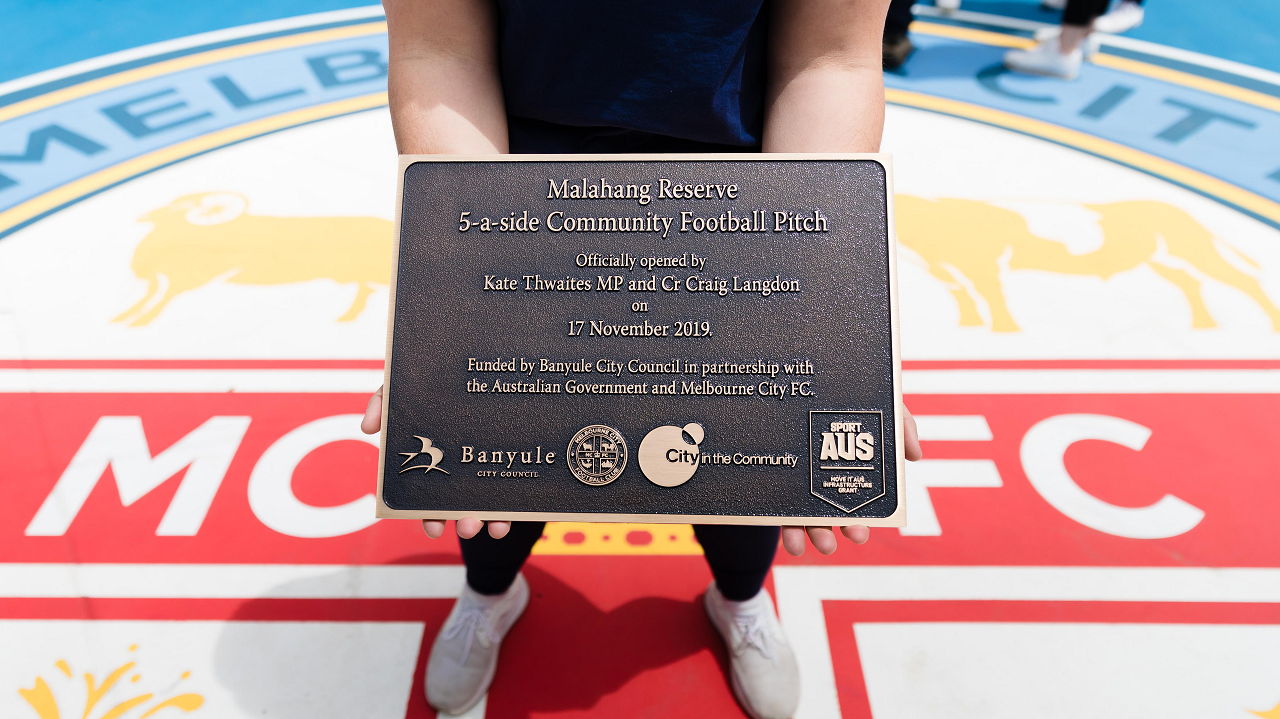 In 2017, City in the Community was granted an allocation of funding from the Cityzens Giving campaign funded by Manchester City FC to build a pitch in the local community.

City in the Community paired with Banyule City Council, who had recently held a Youth Forum where there was a strong appetite to build a community pitch, to deliver the Malahang Reserve 5-a-side Community Football Pitch.

Melbourne City FC Head of Community, Sue Crow said: “We are delighted that City in the Community, through the Cityzens Giving fund, has been able to contribute towards an asset that will benefit the local community.”

“Our Young Leaders will run programs for local children after school at the facility, as we aim to run Soccer Mums and Walking Football for older community members.

“The pitch has been two years in the making and we are thrilled with the work that the City of Banyule has done to bring the pitch to completion.”

Banyule Mayor, Cr Alison Champion said: “Our local youth passionately advocated for this facility and I’m really proud of the great outcome they have achieved.”

“This 5-a-side soccer pitch will encourage physical activity and promote social interaction within our community. It’s wonderful to have worked with Melbourne City Soccer Club and the Federal government to bring about this exciting initiative.”

Located just a kilometre away from the City Football Academy (CFA), the pitch was built at Malahang Park (on the corner of Oriel Road and Southern Road, Heidelberg West) for the local members to enjoy. City in the Community have four local Young Leaders in the area who will be running free after school programs on the pitch, starting from Monday 18 November.