Melbourne City were defeated 5-4 by Elimination Final foes Perth Glory on Sunday at nib Stadium in the final round of the Hyundai A-League.

With Perth requiring a four-goal margin to leapfrog City and earn hosting rights, the hosts were able to score the required goals, however, were unable to prevent City scoring four,  meaning City will welcome Perth to Melbourne next weekend at AAMI Park in Elimination Final 2.

Glory began like a steam train, hitting the net in the first five minutes as they pushed for a big win to help them host a final, before Tim Cahill restored parity.

Andy Keogh and Chris Harold extended the lead to 3-1 early in the second half as Glory fans urged on their team to score two more. 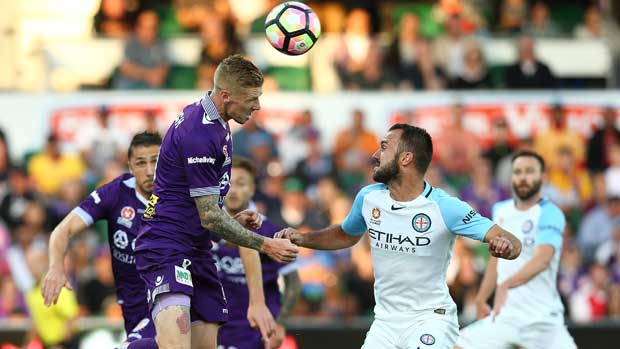 They got one after Nebo Marinkovic’s first touch was to slam home a trademark set piece to make it 4-1.

But Cahill with his second effectively ended Glory’s brave effort and Nico Colazo iced the cake.

But Glory weren’t finished hitting back with another goal before a brain fade from keeper Liam Reddy let City back into it at 5-4.

Keogh with a neat ball to set up Adam Taggart who burst into the box, and was adjudged to have been fouled by Neil Kilkenny. Castro stroked it home low to open the scoring.

Kamau threatened down the right, and he found the Cahill in the box – his low, powerful left foot finish levelled proceedings.

Castro got on the ball and played it through to Keogh who took the ball onto his right and placed it low past Bouzanis.

Josh Risdon with plenty of time to finesse a perfect cross for sub Harold who headed the cross down and into the net.

Straight off the bench and Nebo finds the top corner with a curling effort. Game on! 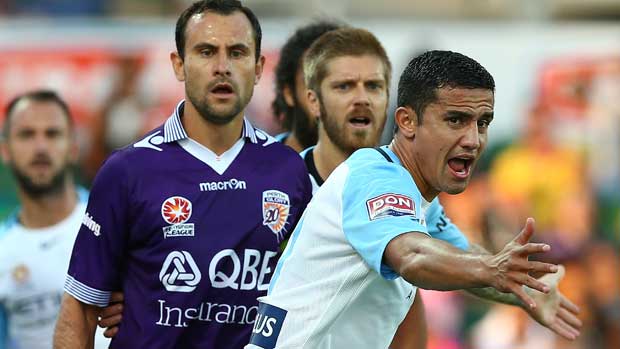 The Argentine with a smashing strike.

Liam Reddy with a brain fade trying to play out, way outside the box, he lost possession and Fitzgerald picked up a loose ball and hit from distance the final goal of the night. Crazy goal on a crazy night!