The Abbotsford-based charity kitchen, which rescues perishable food to cook and distribute over 5,000 free nutritious meals for Melburnians in need, recently launched a campaign with City to drive donations of rice and pasta.

Vitally important to FareShare’s aims to repurpose rescued food, rice and pasta are typically much harder to obtain than perishable food, but provide nutritious bulking agents that boost the amount of meals the kitchen can give away by an incredible 23 per cent. 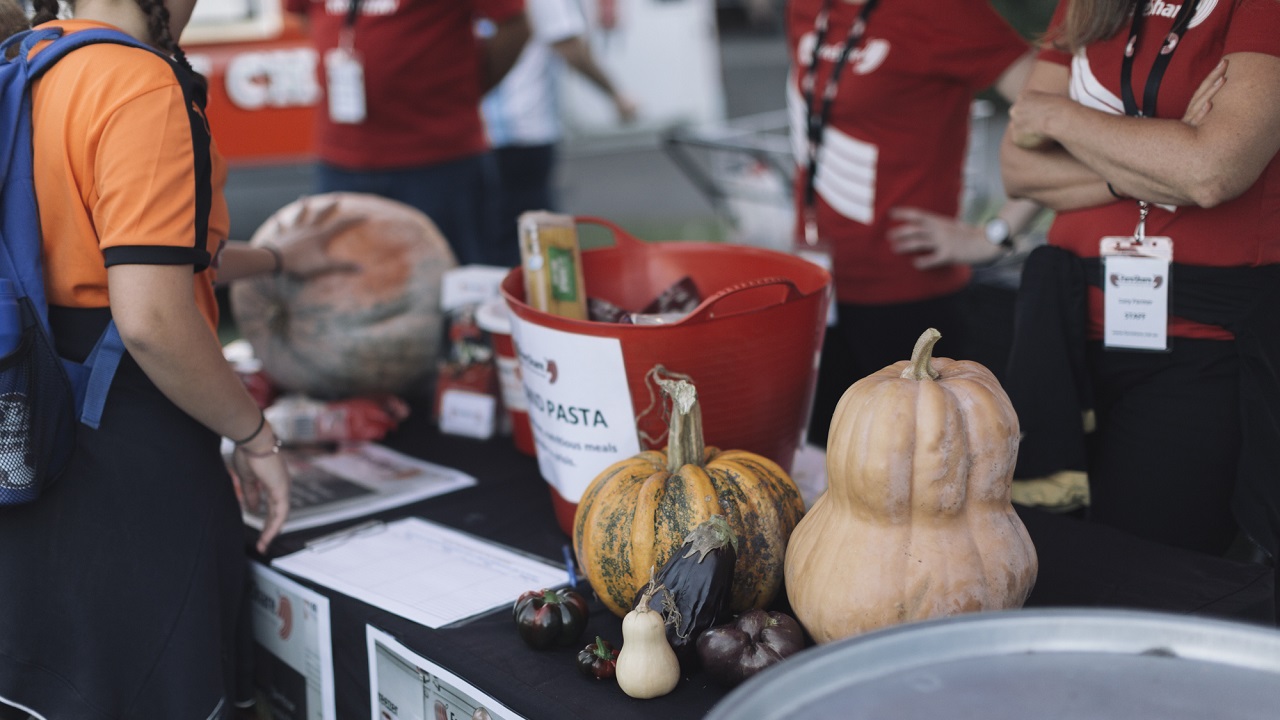 With FareShare volunteers stationed at AAMI Park’s concourse and at City Square on Friday, $1150 in donations were collected on the night, while City supporters and players contributed 200kg of rice and pasta –collectively providing enough funding and food donations to help FareShare cook an additional 2,500 meals for people in crisis.

FareShare also conducted a ‘guess the weight of the pumpkin competition’ at City Square, with guesses ranging from 98g to 87 kilos, while the winner was within 20 grams to claim a signed Melbourne City FC jersey. 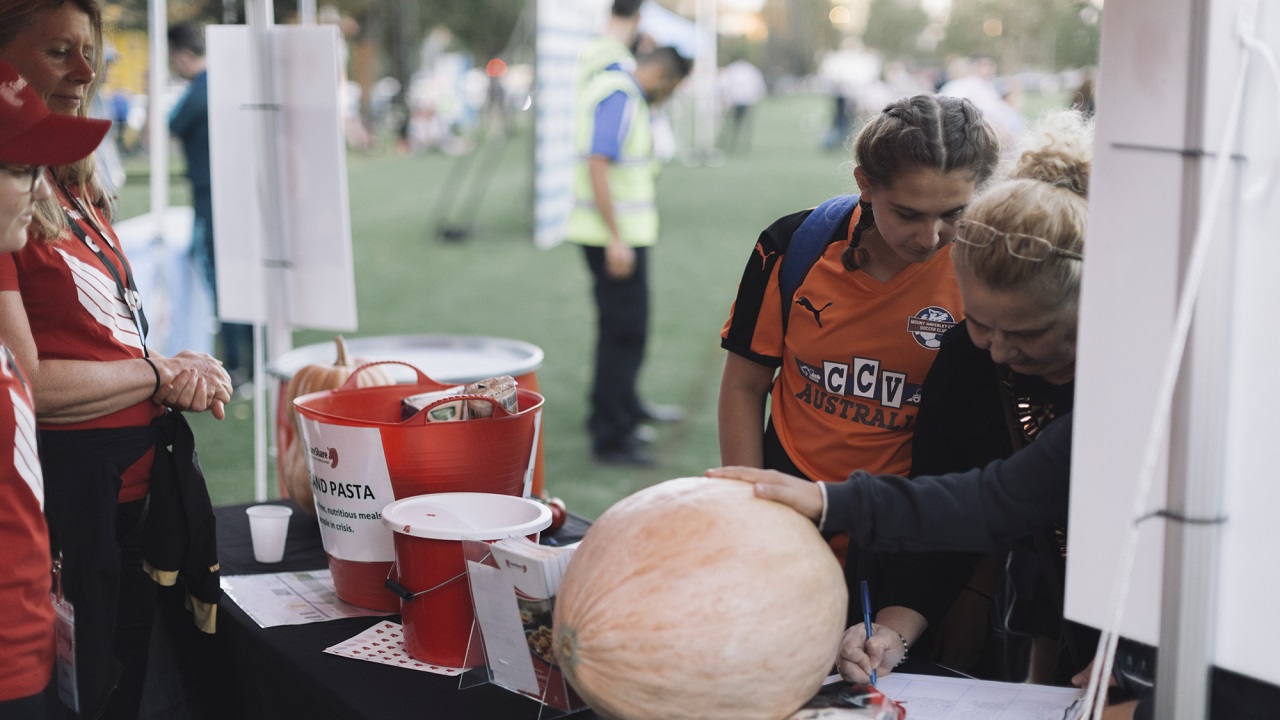 FareShare is aiming to one collect one tonne of rice and pasta donations, while for every $15 FareShare receives, the charity kitchen can prepare 20 nutritious meals for people in crisis. Click here to help donate.

Earlier in the season and in the lead-up to Christmas, City’s A-League players, including Thomas Sorensen, Tim Cahill, Luke Brattan, Neil Kilkenny and Ivan Franjic, donned aprons in the FareShare Kitchen in Abbotsford to prepare hundreds of meals for those in need during the Christmas period.