Melbourne City FC secured third place at the 2017 Suning Cup after a nail-biting 4-3 playoff win over German Bundesliga side F.C Koln in Nanjing on Sunday afternoon.

Striker John Roberts continued his prolific goal scoring form with a brace either side of Luke Duzel’s well-placed finish, while a second-half strike from Billy Skliros saw City race to a deserved 4-1 lead after a dominant start to the match.

The Germans rallied late in the second half, netting twice in the space of two minutes to set up a tense finale. But City stood firm, calm and collected amidst a wave of Koln pressure to walk away with a deserved third place finish for their efforts. 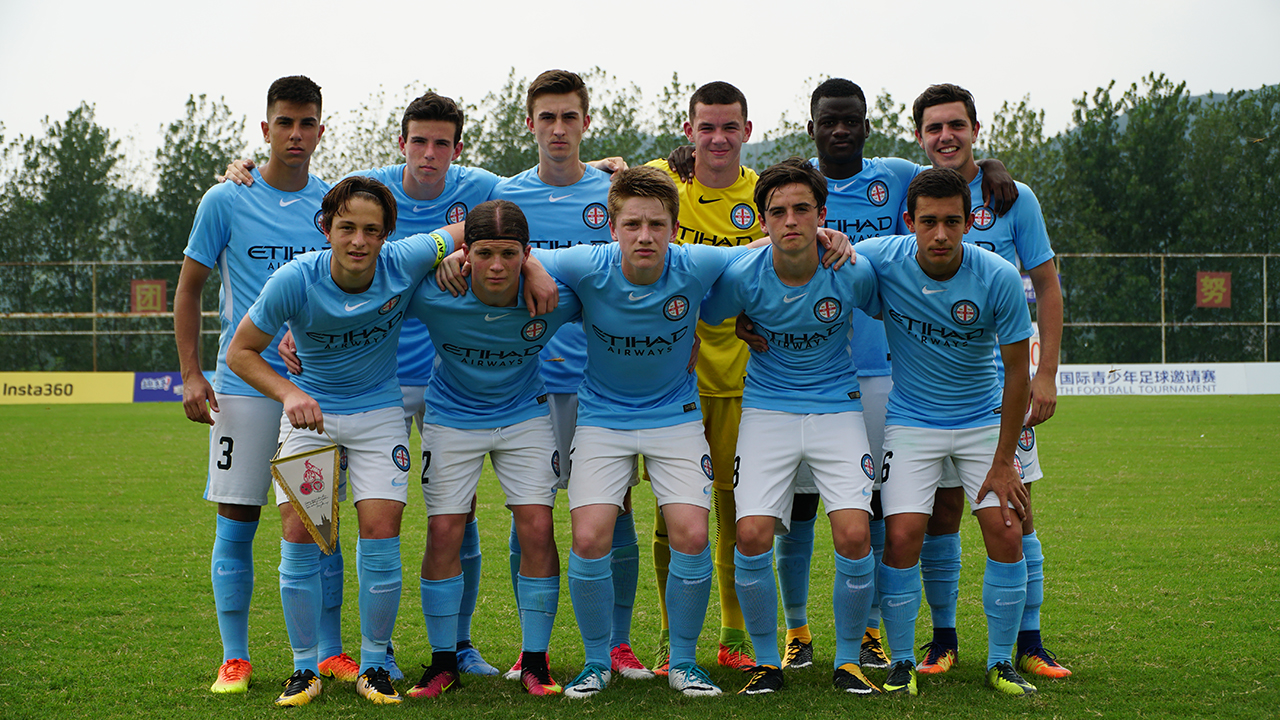 Despite a late scare, it was a polished attacking performance from Joe Palatsides’ side, who bullied their way to a decisive three-goal advantage by playing a fast-paced and exciting brand of football.

Roberts was once again the chief architect for City in the final third, with his pace and power simply proving too hot for the German’s to handle.

His afternoon could have been vastly different after spurning a chance from the penalty spot at 0-0, but the forward put his head down, kept working, and showed composure to net twice and claim the tournament’s Golden Boot.

Winger Gianluca Iannucci was rewarded with the captain’s armband for the match and didn’t disappoint once again with his industry and creativity on the left flank, while Skliros provided impact off the bench with his second goal in three matches.

Central defensive pairing Mitch Graham and Kyle McGeachy stood up in the latter stages of the match, throwing themselves at every shot to ensure City’s lead remained intact.

To finish in third place behind the likes of Inter Milan and Anderlecht – who overcame the Italians in the tournament showpiece – is no mean feat, and City’s youngsters can hold their heads up high in their first tournament together on foreign soil.