Players from Melbourne City FC’s first team have today completed the traditional Birrarung Willam Walk, which highlights the significance of one of Melbourne’s most iconic areas to the people of the Kulin Nation, the traditional custodians of the land.

Located between Federation Square and Birrarung Marr on Melbourne’s Yarra River, the Birrarung Willam Walk incorporates seven key sites of significance for Aboriginal Australians, including the Tanderrum trees, the Willam ‘River Camp’, ceremonial rocks and The Birrarung – the Aboriginal name for the Yarra River. 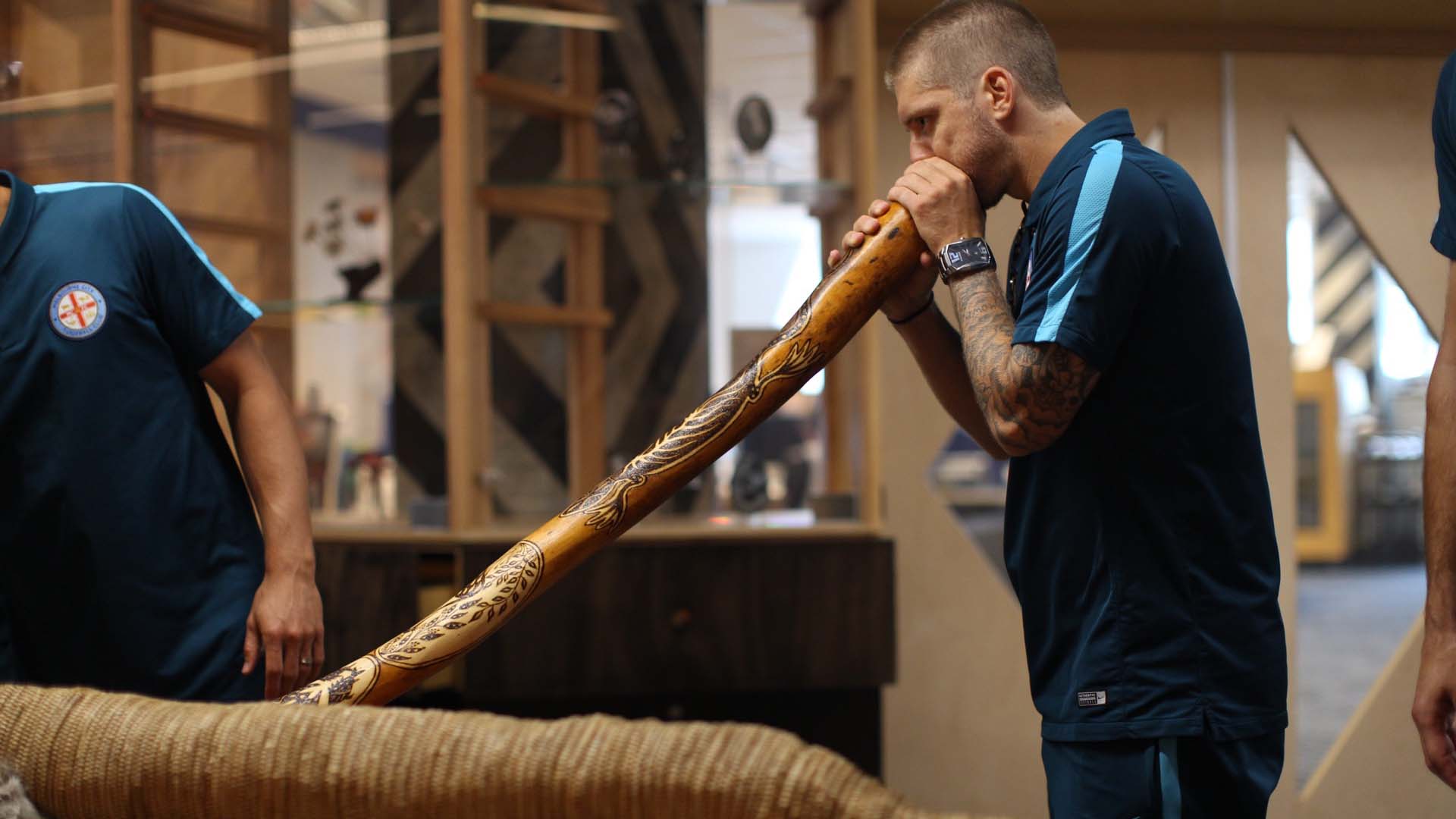 Rob Hyatt, Guide and Manager, Education Programs at Koorie Heritage Trust, said he’s honoured to guide the Club’s players on the historical significance of landmarks in our city.

“We were delighted to have Melbourne City’s players here today learning about the rich Aboriginal history at one of Melbourne’s most iconic sites and modern-day meeting hubs. We think it’s important for the players, and everyone who visits, to not only enjoy the space today, but to further understand the importance of this area as a gathering place for the people of the Kulin nation and its associated history.” 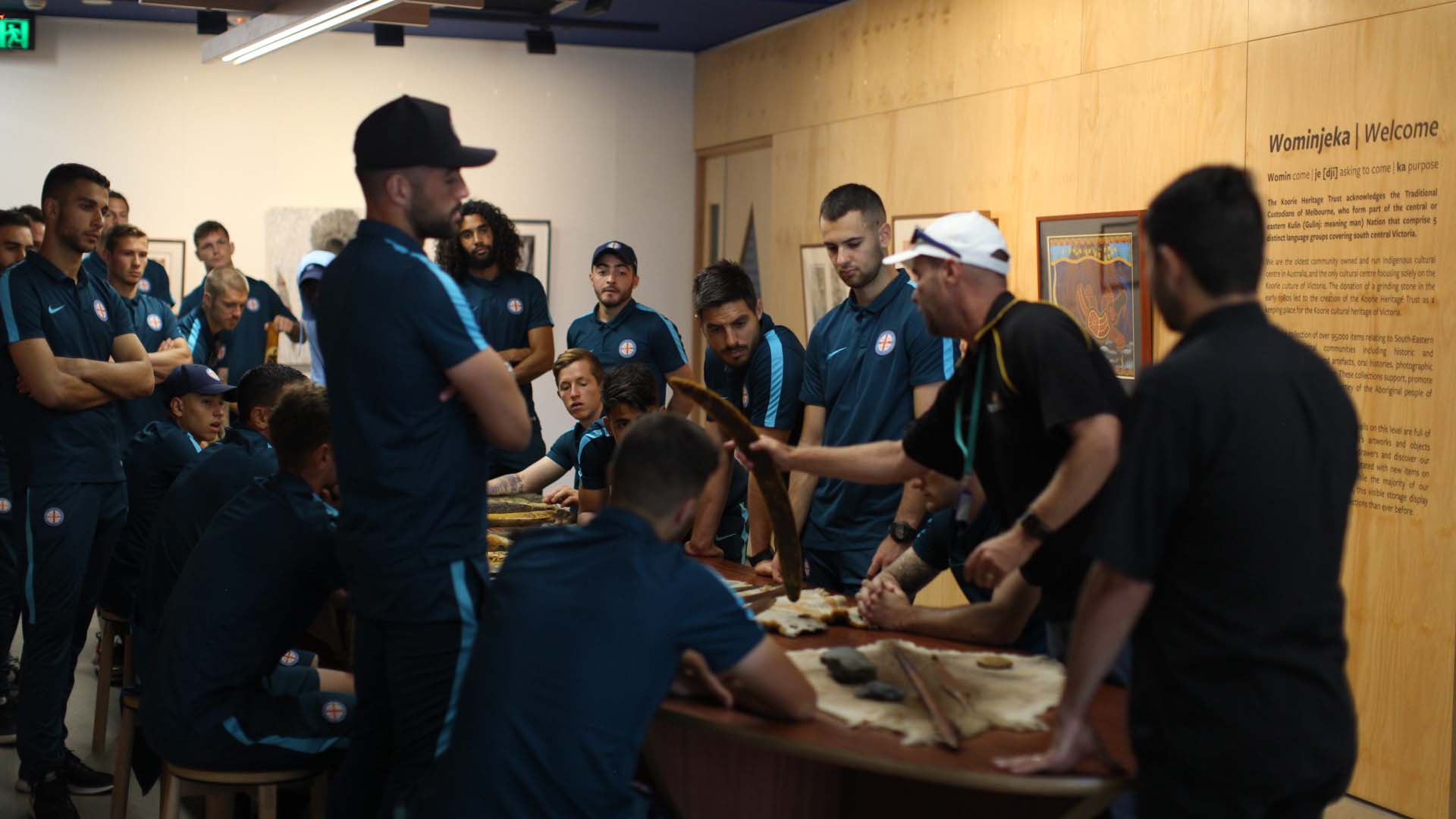 City forward Bruce Kamau said the experience was something he didn’t expect, widening his understanding of the indigenous culture in Melbourne.

“The whole squad were really involved in the tour and it was fascinating to see the Aboriginal art installations, artefacts and to learn about the meaning and connection behind this area to the Aboriginal people. It is such a popular area of Melbourne and to gain a deeper understanding of how the landscape has changed over time, but remains an important part of Aboriginal history, was really fulfilling. We walk to AAMI for every home match so we have a greater appreciation of the area now.” 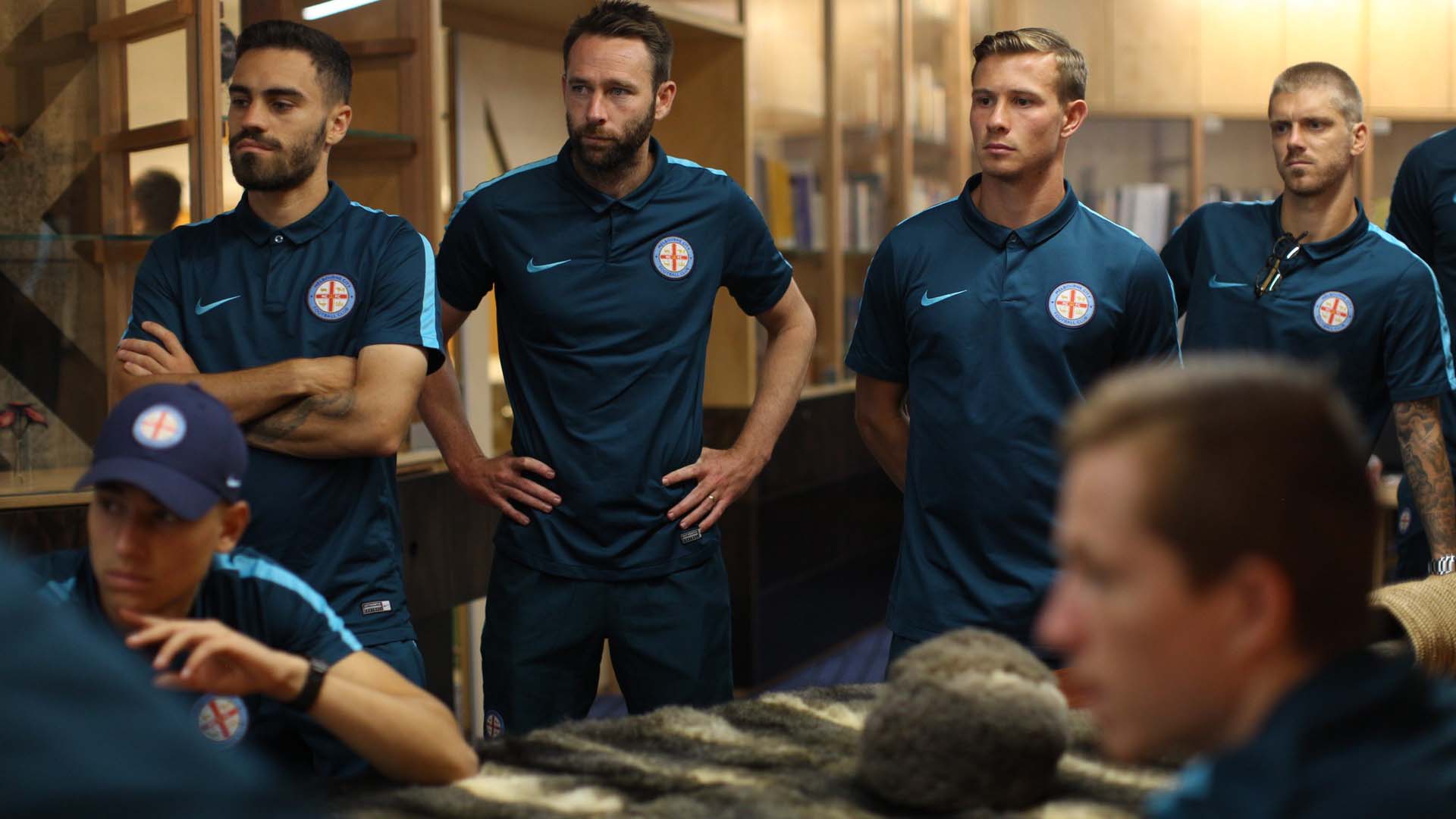 This Saturday’s Round 23 Hyundai A-League match against Newcastle Jets at AAMI Park is the Club’s annual Indigenous Recognition Match, when the Club highlights and acknowledges the original owners of the land and educates players and staff on Aboriginal history and traditions.

The Birrurung Willam Walk will now become an annual event for the Melbourne City squad in the lead up to the Indigenous Recognition Match, while the Club’s new signings will take part in the walk as part of their introduction to the Club. 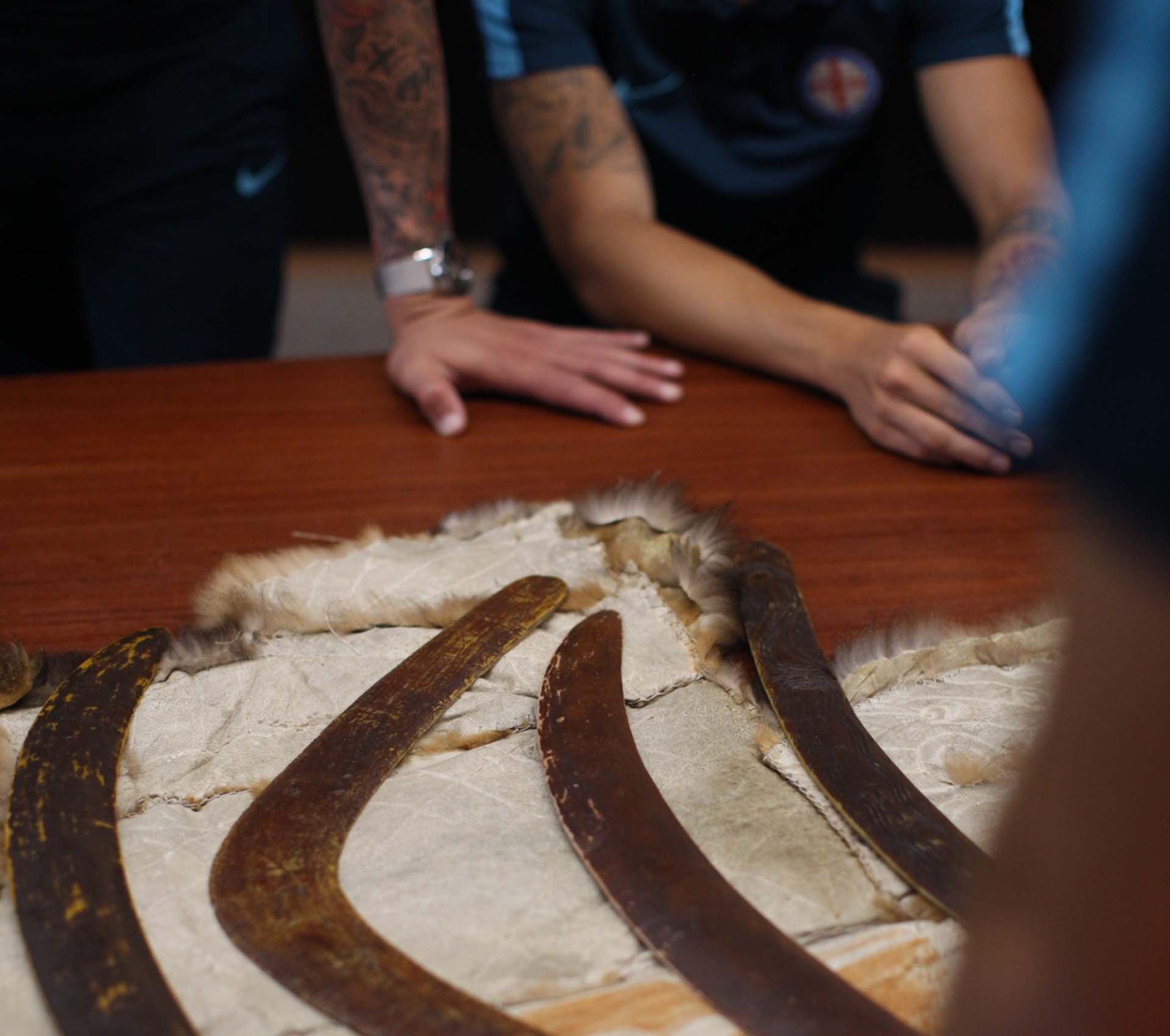 The Indigenous Recognition Match is a tradition the club has honoured since its inception, with AAMI Park built on the land of the Wurundjeri tribe. Each season, the Club hosts a number of activities at its home ground this Saturday, including;