This week 90 young people are taking part in the City Football Group Young Leaders training program, designed to educate and empower young people to use football as a sustainable force for social good in their communities. 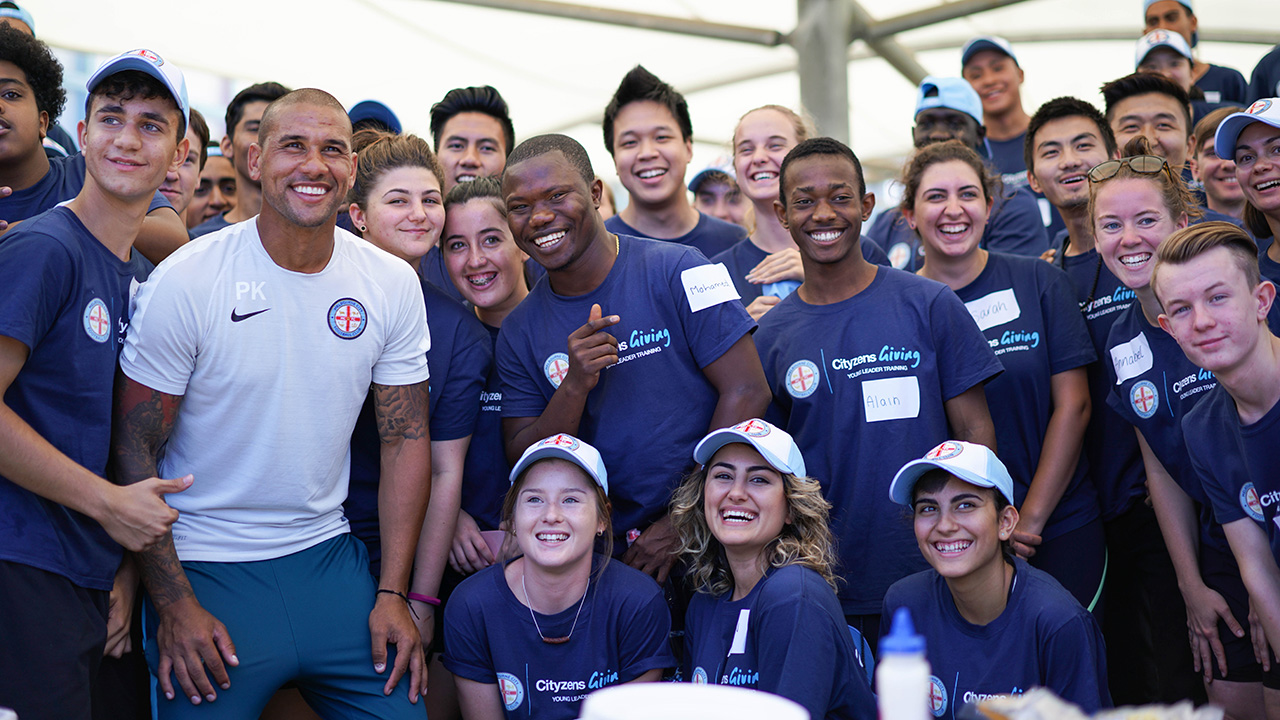 The young people were nominated to participate in the program by community groups in Sunshine, Fitzroy, Bundoora and Fawkner.

Beginning in Manchester in 2015, the Young Leaders training program has since taken place in Kuala Lumpur, Abu Dhabi and Cape Coast. The Melbourne training is the first ever in Australia, and is delivered by Melburnian Young Leaders, trained in Manchester and supported by coaches from Manchester City in the Community.

On Thursday at Gosch’s Paddock, the Young Leaders will deliver a football festival prior to Melbourne City’s A-League match against Central Coast Mariners at AAMI Park.

Young Leaders engage in theoretical workshops on leadership in classrooms at the City Football Academy. 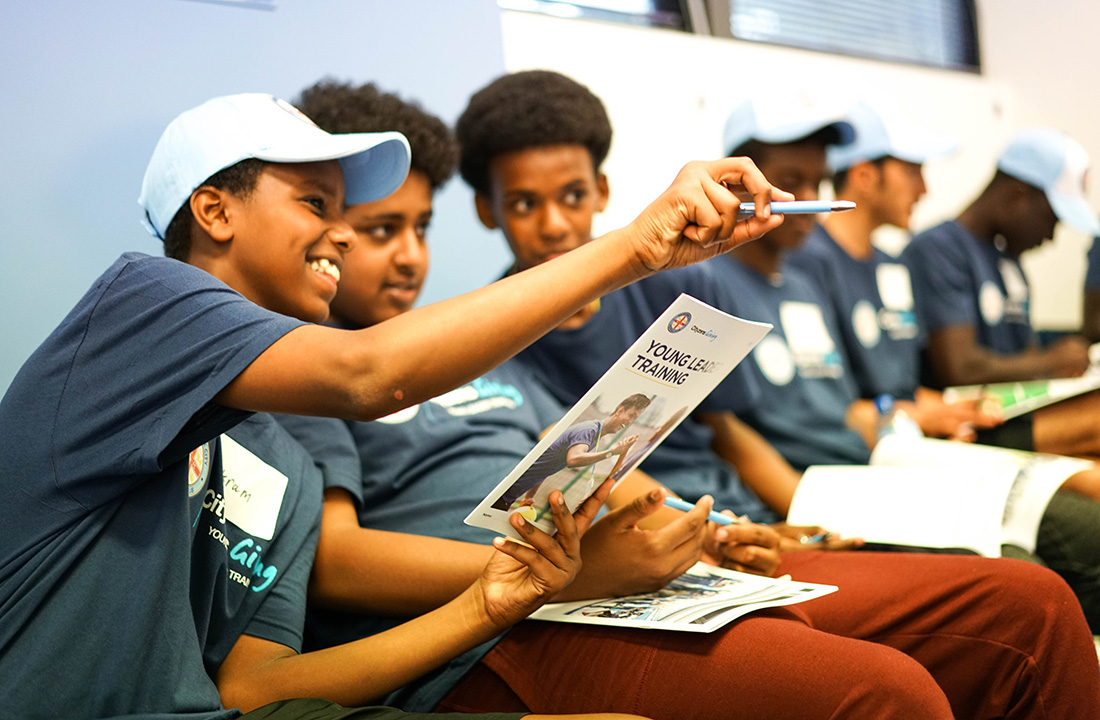 Scott Munn, Melbourne City FC CEO, said: “Melbourne City in the Community is founded upon the principle that football is a global language that can be a force for social good. Through this training program, we are developing talented young leaders who can be powerful positive influences, able to inspire and uplift their own communities, using football to break down barriers.”

Helen Kapalos, Chairperson of the Victorian Multicultural Commission, said: “Young Leaders are pivotal to our society because they are the next generation; they are the voice of the future and it is vital we provide them with opportunities to succeed in their communities.

“We can’t underestimate the importance of Melbourne City’s work through this training of young leaders and its impact – not only on the individuals involved, but within the communities to which they belong.”

The Young Leaders Program continues the Club’s involvement in the community football project ‘I Speak Football’; a Melbourne-based youth program established in 2015, which uses the global language of football to create a shared sense of unity and community amongst young people from different cultural backgrounds. 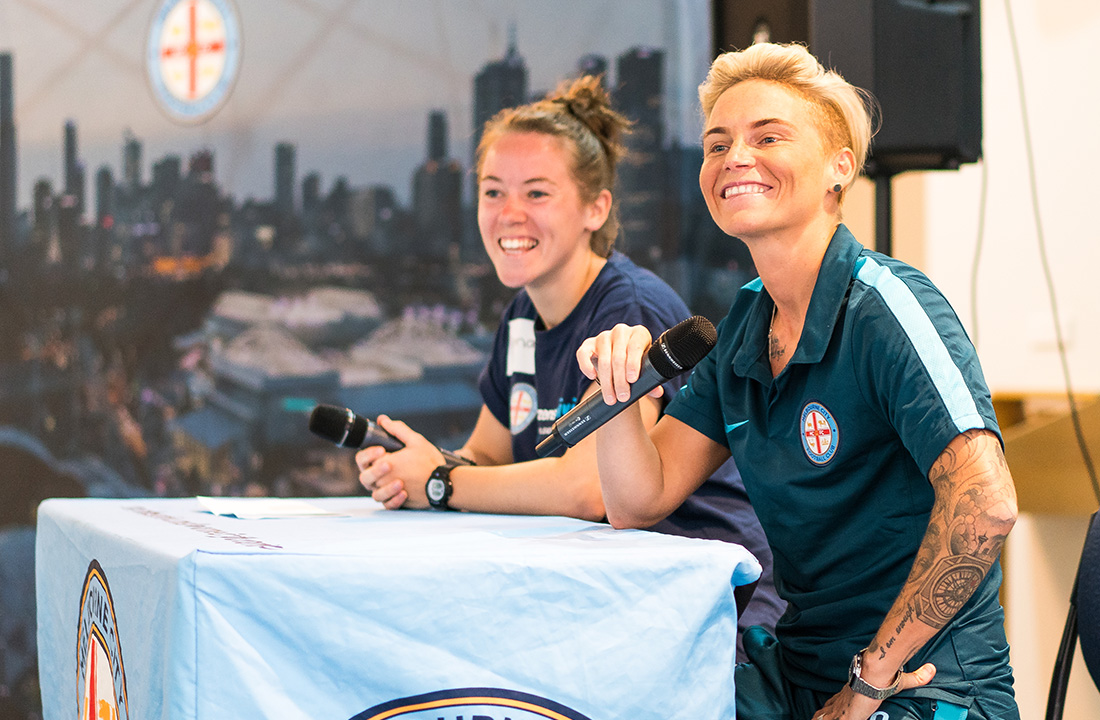 Since its conception, the ‘I Speak Football’ project has produced six Young Leaders who are now delivering coaching sessions and game situations, which highlight and address social inclusion issues.

Albert Mambo, 23, one such leader who has helped to deliver the ‘I Speak Football’ program for the past two years, is helping to deliver this week’s training program.

“The experience I have had over the past two years through the ‘I Speak Football’ project has given me confidence and has helped me to develop my English and valuable leadership skills.

“To be able to now use those skills to educate 90 more young people using what I have learned to means so much to me personally and is very rewarding. I hope this week produces more confident, capable young leaders in our community.” 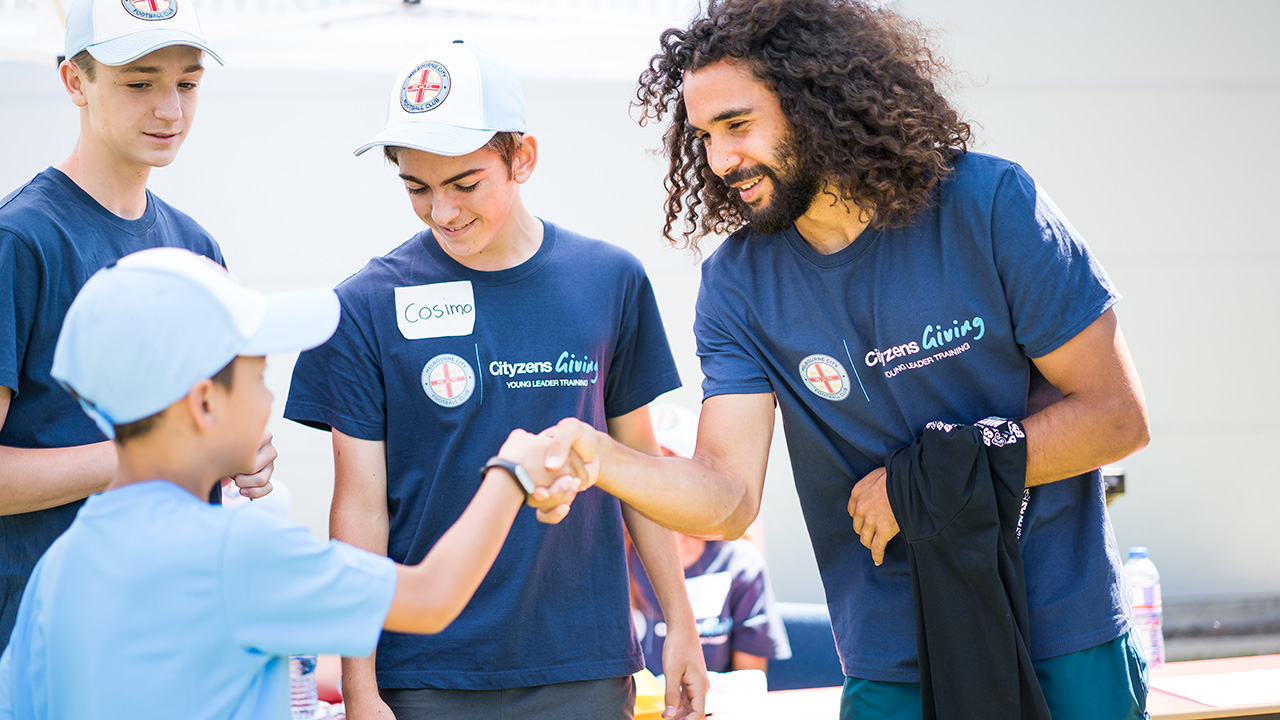 Mambo recently became an Australian citizen and will celebrated – alongside 51 new Australians – presented at a special Citizenship and Affirmation Ceremony at Melbourne City’s A-League match on Thursday.

To keep up to date on the Young Leaders Program in Melbourne visit melbournecityfc.com.au or follow their journey on Twitter at #CityzensGiving. The next training programs will take place in São Paolo, Cape Town, Kolkata, New York, Hanoi and Barranquilla.