In a new weekly segment, we catch up with a first-team player to find out more about their life – outside of football! This week, it’s newly-signed Scholarship Player, striker John Roberts. 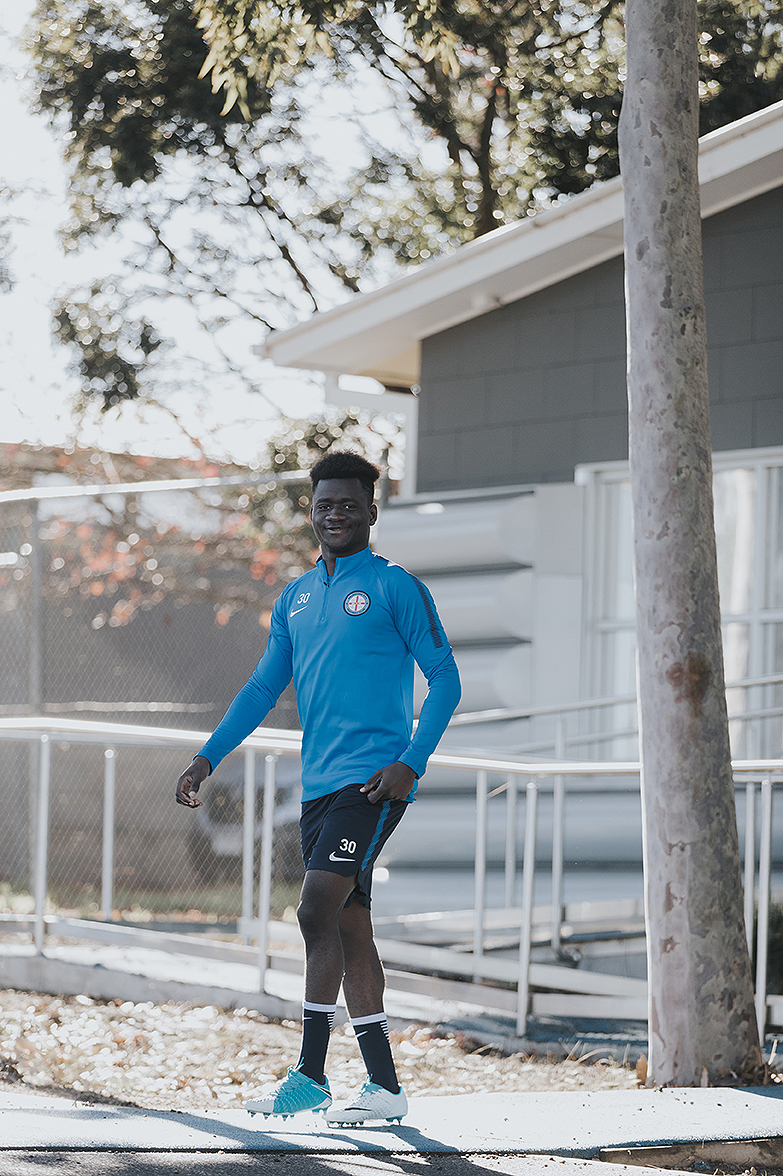 All smiles from Roberts as he heads out to training at the City football Academy in Melbourne. You might know him on the football pitch, but do you know his favourite pastimes? Find out below!

Where were your born and where did you grow up?

I was born in Guinea, and grew up in Conakry until I was 8, where we then moved to Australia.

In one word, describe what you were like as a kid?

What is your favourite food

I love pasta and chicken

What is your favourite movie?

What is your biggest fear? 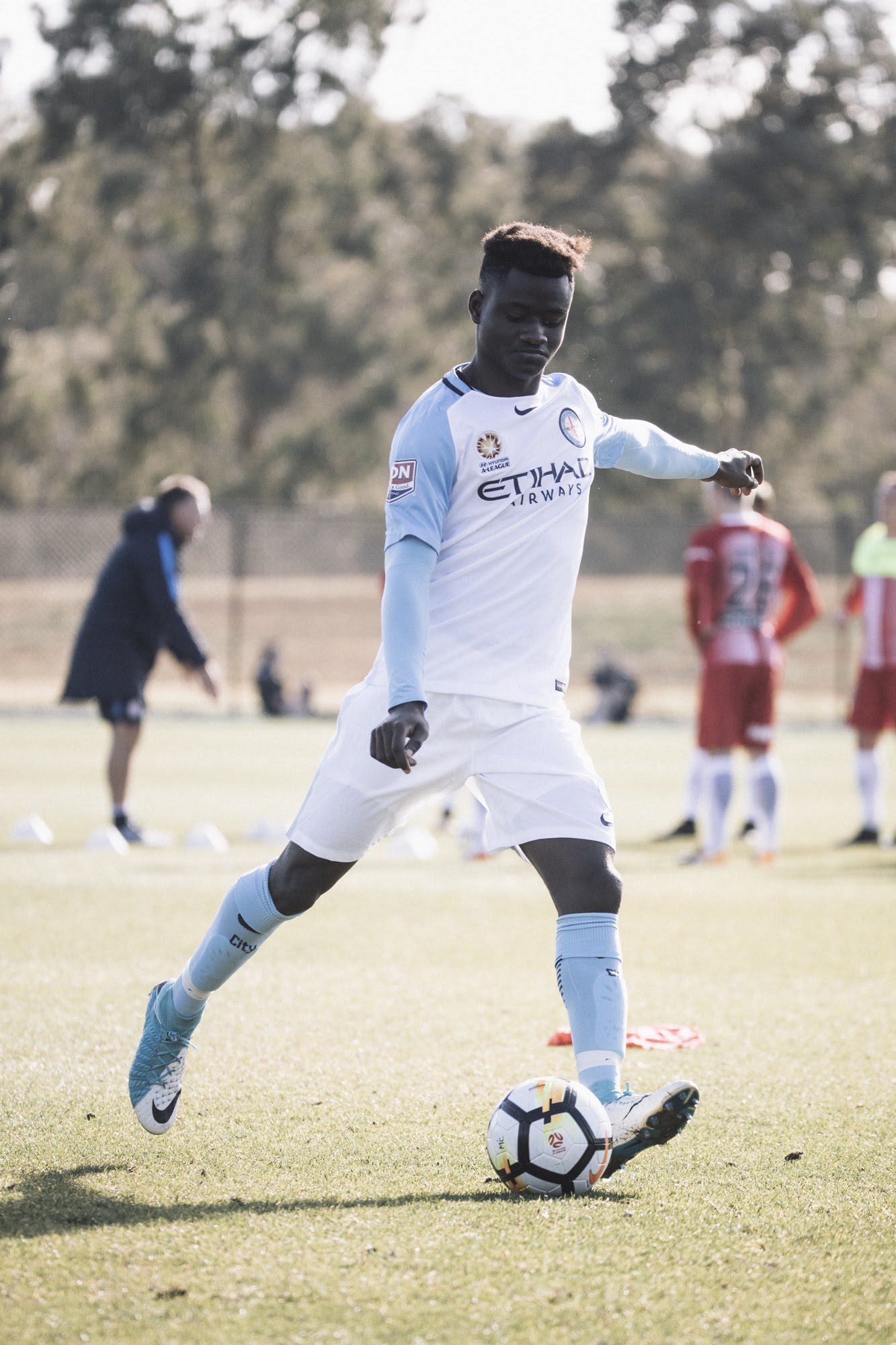 What do you like to do in your spare time?
I like to just relax at home. Play some PlayStation or do my homework.

On Netflix I like ‘The Flash’, but I’m currently watching a series called ‘Empire’.

If you could have one super power, what would it be and why?

Having super speed would be really cool; probably just to get everywhere

What is your specialty dish in the kitchen?

I would have to say fried rice would be my go to meal.

Who is a teammate who seems to go missing when its time to pay for a coffee?

I’d have to say it would probably be me!

Which teammate is the best and who is the worst at FIFA?

Ramy (Najjarine) thinks he’s pretty good and I would say Denis (Genreau) is probably the worst! 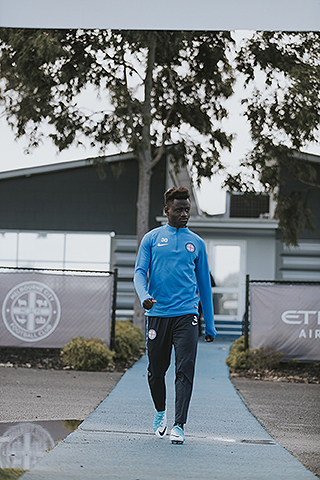 Definitely have to go with Ed Sheeran on that one.

Do you have any superstitions that you perform before playing a game?

I don’t really have any superstitions but before every game I take some time out to pray.

The first thing I would do would be buying a house. I would probably use the rest of the money to support my family and help others that are in need.

What would your ultimate dinner party look like? You can invite anybody you like but only four guests.

I would invite Romelu Lukaku, Paul Pogba, one of my closest cousins, and add Stormzy in there for a bit of entertainment!

I would love to head over to Brazil one day.

One piece of advice or a motto that inspires you everyday?

Always stay humble and giving everything in life your 100 per cent best effort, no matter what it is your doing.