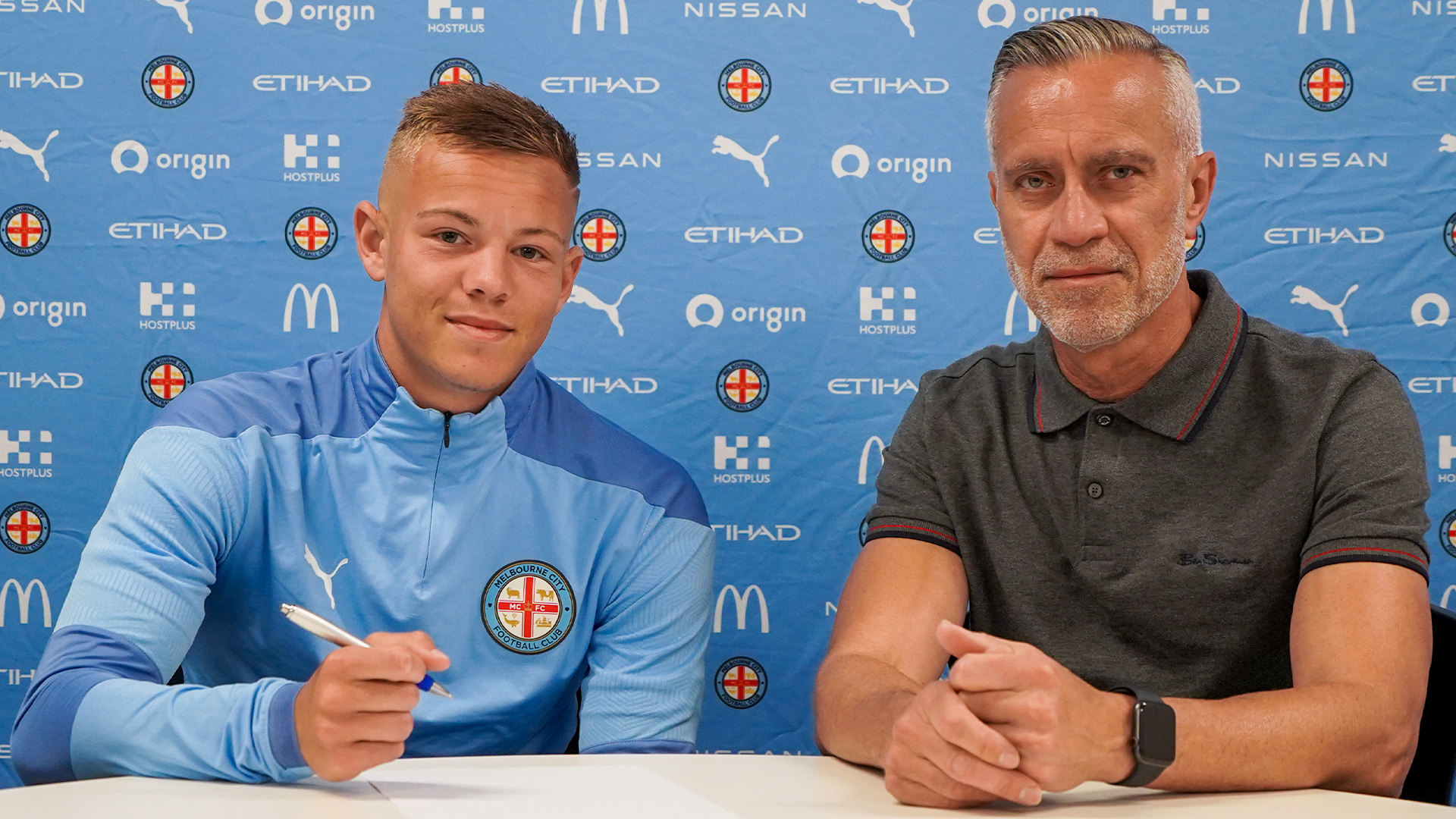 Melbourne City FC is happy to announce the signing of 18-year-old Luke Oresti on a two-year scholarship contract, commencing on 1 July 2022.

Oresti joined the City Academy in 2017 as a member of the U/15 squad and progressed through to the Senior NPL squad in 2019.

The youngster has been training with the A-League Men’s squad for the last two seasons and was included in the match day squad several times during the 2020/21 season.

As a junior, he impressed at Northcote City FC before joining the Football Victoria TIDC program.

“It has been great to see Luke progress through the Academy over the last few years. His commitment to improve with the help of the coaching and high-performance team has been fantastic.

“He is a talented attacking midfielder with an aggressive attacking mindset. He possesses good technical and athletic ability and has a strong work ethic off the ball.

“We look forward to his continued development and are pleased to have him commit to the Club for the next two years.”

“Since joining the Club as a 14-year-old back in 2017, I have really enjoyed growing and developing on and off the pitch thanks to an amazing team of players, coaches and staff.

“I have come a long way in my development as a young player. Being part of such a great Club motivates me to work harder and harder every day.

“I am very thankful for the opportunity the Club has given me and I am excited about what the future holds.”