The fighters had a kick with the City trio on the Elite Pitch, taking the group through a penalty shootout and crossbar challenge.

Whittaker, who will be the main card at UFC Fight Night at Rod Laver Area said he had a new appreciation for football, calling his skills “atrocious at best”.

“I grew up in a Rugby League family but I have a lot of friends and family that play soccer and they drag me to a few games and I enjoy it.

“It’s going to be an honour to be headlining the card in Melbourne. It’s been a goal of mine ever since entering UFC and this Sunday there’s going to be fireworks.” 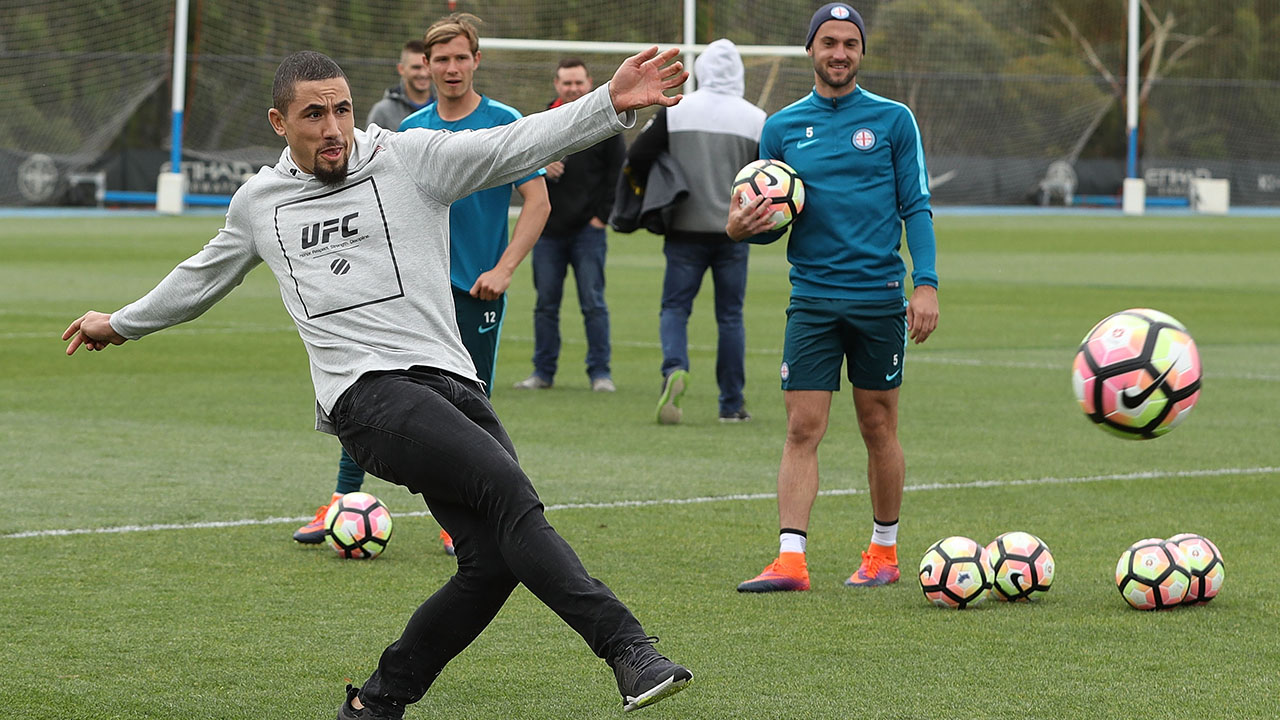 City defender and avid UFC fan Ivan Franjic was much more diplomatic with his appraisal of the fighter’s skills on the ball, also rating his skills as a future fighter in mixed martial arts.

“They did not too bad at all, they have some skill about them so they were all good,” Franjic said.

“It’s good to have them down in Melbourne, it’s exciting to have them here and the more they come down the better.

“I beat the boys around at the hotel but knowing these guys, they’re class, I couldn’t compare it.

City take on Wellington Phoenix this Sunday at AAMI Park in a massive double header with the Westfield W-League Melbourne Derby. Click here to secure your place at the match or sign up for our 5 Match Membership!