Melbourne City’s ability to shift and shape to every situation could be a key to their success this season as they prepare to kick-off the A-League season on Saturday.

Connor Chapman and Bruce Kamau felt this factor could give their side the edge in 2016/17 with opposition teams unsettled by City’s chameleon formation that has seen them flick the switch between 4-3-3 and 3-5-2.

“I think it gives us a lot of flexibility and it makes it harder for teams when they come up against us,” Kamau said.

“It’s no real difference because the principles are very similar in what we do and the way we play.”

Chapman also felt the morphing formation would pay dividends in the long run, saying the hard work on the track is paying off.

“We’re not just working on the three at the back, we’ve worked on a few things so at any possible time, we can switch to whatever suits the team,” Chapman said.

“As you saw against the Wanderers, that formation worked well but that doesn’t mean we’ll stick to that formation throughout the whole year so it may come down to what team we play and what suits us.”

With football’s longest pre-season under their belts, the City duo felt the squad is more than ready to go on and make the most of the busy early period, saying their schedule has dictated their load coming into the season opener.

“In pre-season, training hits its peak three or four weeks before the season starts,” Chapman said.

“I think for the last week, they tone it down a little bit so it’s been a little easier but pre-season has been very good for all the players. 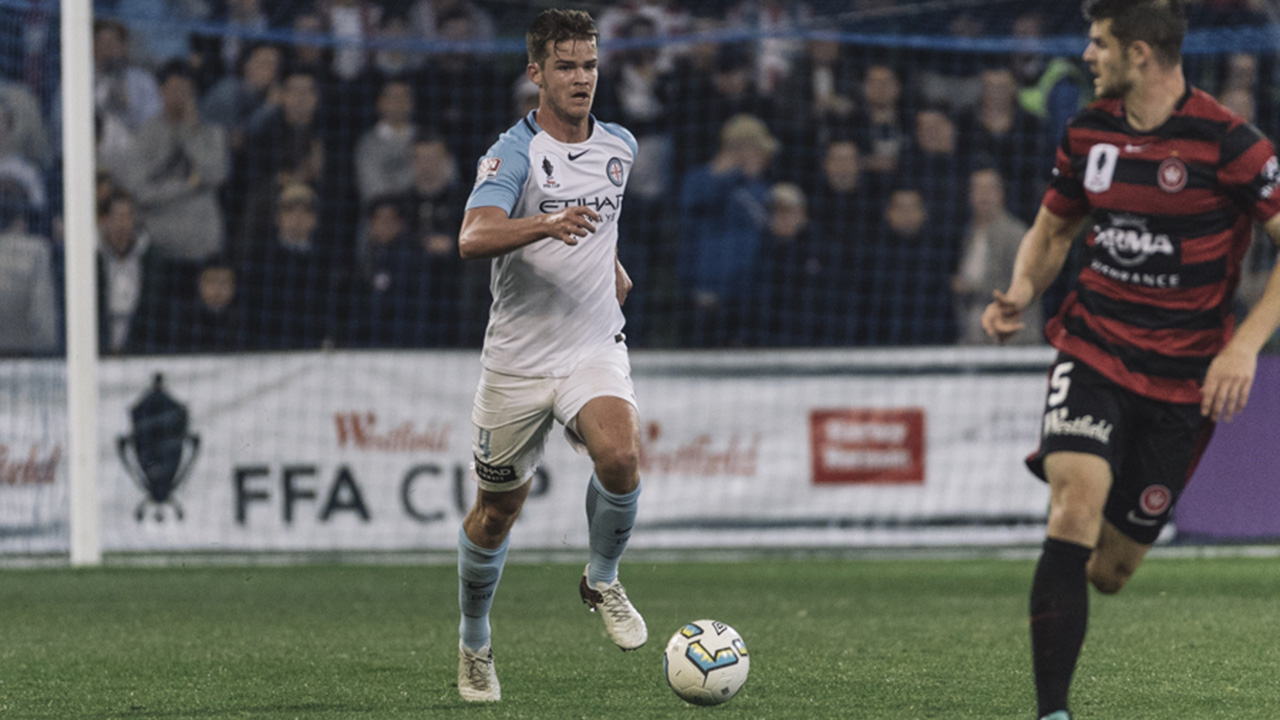 “All the players were free to train for 95% of the time so it’s good to have a full team of players that are testing each other and this pre-season has been very good for us.

“Andrew (McKenzie, Head of Human Performance) coming over from the Western Bulldogs brought a lot to the club in professionalism in all aspects to do with injuries.

“It’s shown in the results this year and hopefully going forward, it stays the same. Hopefully we can have a full team for not only pre-season but for the whole season.

City prepare to take on Wellington on Saturday as it kicks off its 2016/17 A-League campaign. Join us for a special screening of the match at The Mountain View Hotel, 70 Bridge Rd, Richmond, from 4.30pm with kick-off at 5.35pm.