We take on a former NSL Champion in the Round of 16 of the Westfield FFA Cup but what else do you know about Brisbane Strikers? Find out more from our FFA Cup Scout

Formed in 1994, the Brisbane Strikers began life in Australia’s National Soccer League under the guidance of the Queensland Soccer Federation and later the Trust Management Group.

The Club’s greatest achievement came in 1996/97 when the Club took out the NSL Championship. Under the guidance of player-coach and former Socceroos Head Coach Frank Farina, the Strikers defeated Sydney United.

After the national competition was disbanded in 2004, the Strikers have competed in the Brisbane Premier League, Queensland State League and National Premier Leagues Queensland where they have taken out three Premierships.

The Strikers play out of Perry Park where the ground shared its NSL days with Suncorp Stadium and Ballymore Park. Since moving back into the State League, Perry Park has been the home of the Strikers and will be the stage for the Westfield FFA Cup Round of 16. 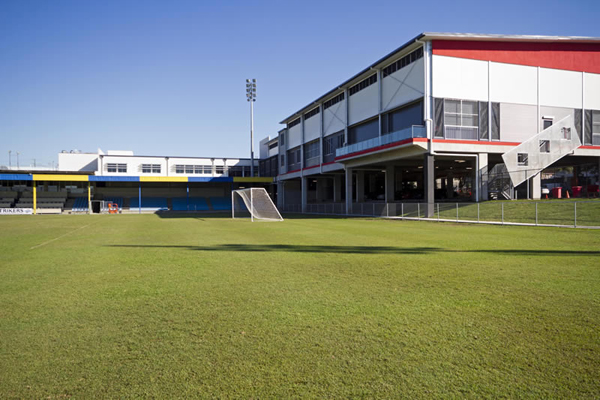 How’d they make it to the cup

The Strikers qualified for the Round of 16 of the competition after breezing past Rovers Darwin. A scintillating six minute period saw Brisbane net three times in the first half as the Strikers showed their class in the early stages.

Brisbane powered on in the second half adding another three as the team from Perry Park recorded the biggest result of the Round of 32.

Who plays for them?

The Strikers prolific target man is Rhys Meredith. The forward leads his side’s goal scoring tally, with double figures in the NPL season so far and opened the scoring against the Rovers in the Round of 32.

Jake McLean and Meredith are the only Brisbane Strikers players with Victorian experience, with McLean previously fronting up for Oakleigh Cannons while Meredith played for South Melbourne.