Get to know… Elise Kellond-Knight

She’s one of the Matildas’ most decorated players, but how much do you know about Elise Kellond-Knight? Here’s everything you need to know about our new signing.

Her name is Elise Kellond-Knight. She is a 28-year-old defensive midfielder who was born on the Gold Coast in Southport, Queensland. Her nickname is “KK”.

Elise returns to Australia and the W-League after spending three years abroad. Before joining City, she had spent her entire domestic career at Brisbane Roar.

The 28-year-old last featured in the W-League in 2014-15, before joining German side 1. FFC Turbine Potsdam in Brandenburg and then Swedish first-division side Hammarby IF.

Elise has also had spells in Denmark and Japan, where she played for Fortuna Hjørring and Iga F.C Kunoichi respectively.

Elise has had an impressive career, both individually and as a team, at the domestic and international level.

The defensive midfielder also played a key role in securing two W-League championships and one premiership with Brisbane. As well as winning the AFC Women’s Asian Cup (2010) and Tournament of Nations (2017) with the Matildas. 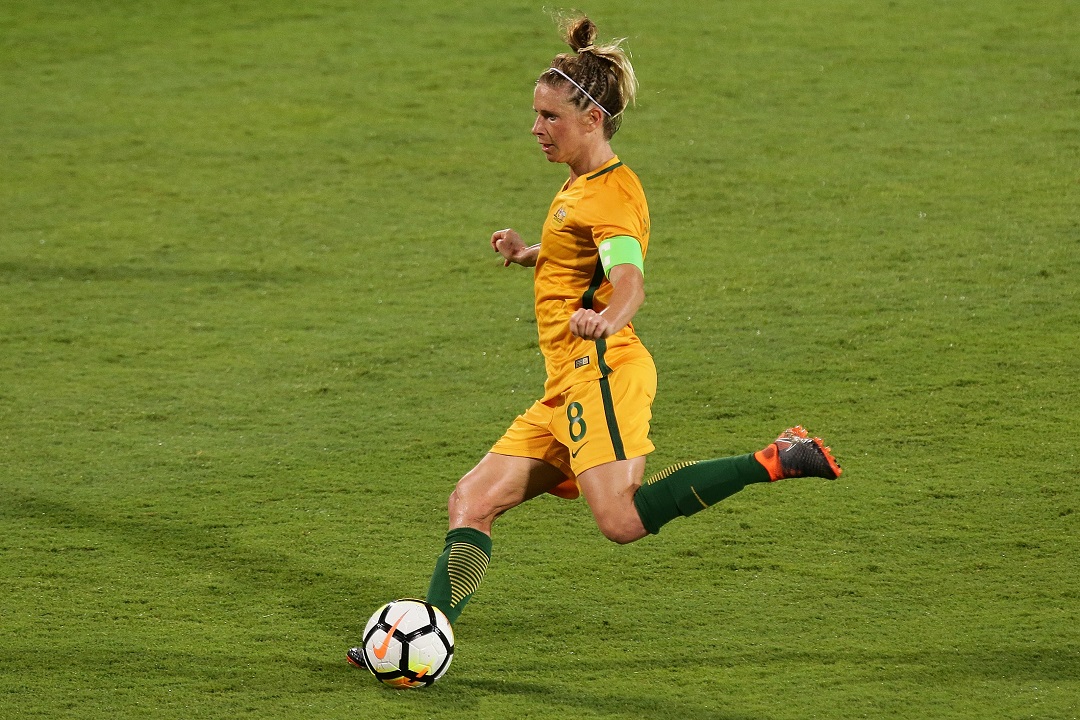 Elise will arrive in Melbourne alongside her green and gold teammate, Tameka Butt.

During their time together at Brisbane, the duo combined to form a formidable partnership on the pitch which played a significant role in the team achieving great success.

As they once again find themselves on the same team, there is no doubt that the two Matildas will be looking to have the same impact.

A sheer competitor and a well-respected leader.

With 100 Matildas caps under her belt, Elise is one of Australia’s most consistent performers. Her versatility will be key for Rado Vidosic, with her ability to play both in defence and in the midfield.

Beware of her left-foot, she’s a set-piece specialist.

Elise can’t wait to join the City family! If you want to join her in our colours, become a member today!