Warren Joyce has just arrived at the City Football Academy, but how much do you know about our new Head Coach? Here’s everything you need to know…

His full name is Warren Garton Joyce. He was born in Oldham, Lancashire, on January 20, 1965. 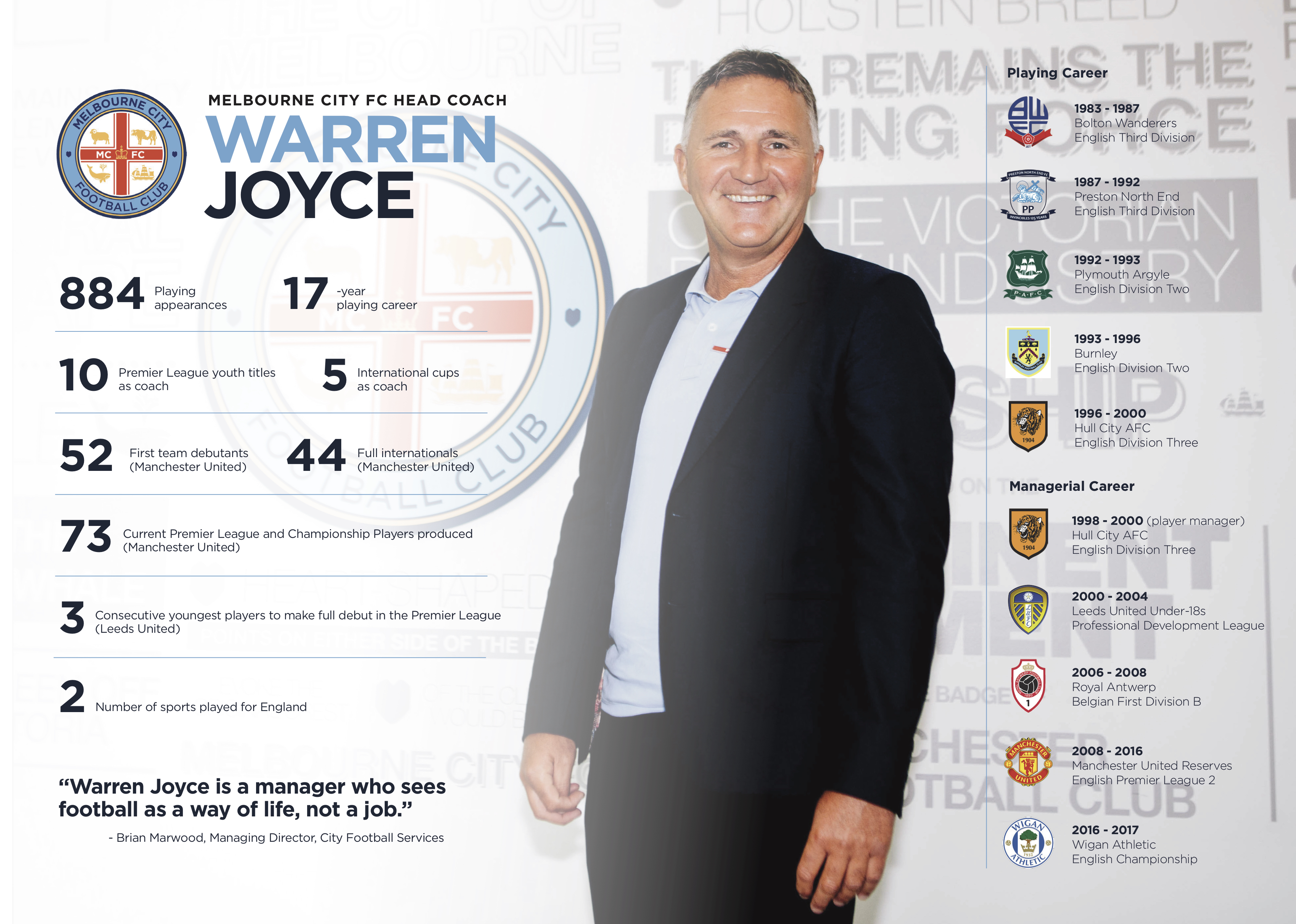 “Every second, every minute, every day.”

Joyce is a coach who sees football as a way of life, rather than a job. The Lancashire-born manager has had a distinguished coaching and playing career throughout England and Belgium, with a history of producing well-rounded individuals both on and off the field.

More than that, his teams have consistently won domestic and international trophies – including a glittering spell as manager of Manchester United’s Reserve team that yielded several Premier League 2 titles.

With a winning mentality and a proven track record for developing players, Joyce arrives at the City Football Academy as the ideal man to lead the Club forward into the new season.

Known for his tenacity and never-say-die attitude – traits which he has carried on into coaching career – Joyce also displayed a knack for scoring goals, netting 100 times over his 19-year playing career.

Joyce first tasted management in 1998 as a player-coach for Hull City. The Tigers, who were rooted to the bottom of the Football League and on the verge of bankruptcy, installed Joyce as their caretaker manager following the departure of Mark Hateley.

What an appointment it turned out to be. Under Joyce’s stewardship, Hull staged a remarkable comeback and survived relegation against the odds in a season fondly labeled as ‘The Great Escape’.

This was all happening while Joyce also coached Manchester United’s U/16 team, who he refused to abandon, despite having to maintain three separate coaching roles. How’s that for commitment?

Managing in a foreign country isn’t a new experience for Joyce, who had a two-year spell as manager of Belgian side Royal Antwerp.

Melbourne might be a fair way further from England than Antwerp, but the experience of managing a club overseas will hold him in good stead for his A-League adventure.

What do Paul Pogba, Marcus Rashford and Jesse Lingard all have in common?

Two things. For starters, they have all gone on to succeed at the highest level both domestically and internationally.

Secondly, they have all been coached by Joyce at youth level.

It is Joyce’s astute skill for nurturing and developing young talent which has made the Lancashire-born manager one of the most widely respected coaches in England.

During his eight years at Manchester United, 73 players went on to play in the English Premier League and Championship, 44 became full internationals, and 52 made first team debuts.

English internationals James Milner and Aaron Lennon also played at youth level under Joyce for Leeds United and have since gone on to shine in the Premier League.