How we’ve fared in season openers

After the longest off-season in world football, the A-League is back and we’re more excited than ever to get the season under way. Ahead of our season opener against Wellington Phoenix on Saturday, we take a look at our previous opening day encounters.

City kicked off the 2015/16 campaign with an inexperienced line up as John van’t Schip’s side were made to deal with a raft of early season injuries heading into the season opener.

It was the second consecutive season City had travelled to Allianz Stadium for Round 1 and against the odds, held an early lead after a debut goal to young striker Wade Dekker.

The star-studded Sydneysiders hit back before the stroke of half-time as marquee man Filip Holosko brought the home side level, however it was a man of the match performance from Thomas Sorensen in his first A-League match that stole the headlines for City.

‘The Great Dane’ set the tone for a season which saw him crowned the league’s premier shot-stopper, repelling everything that came his way with an imperious performance to help his side secure an important point against the 2014/15 Grand Finalists. 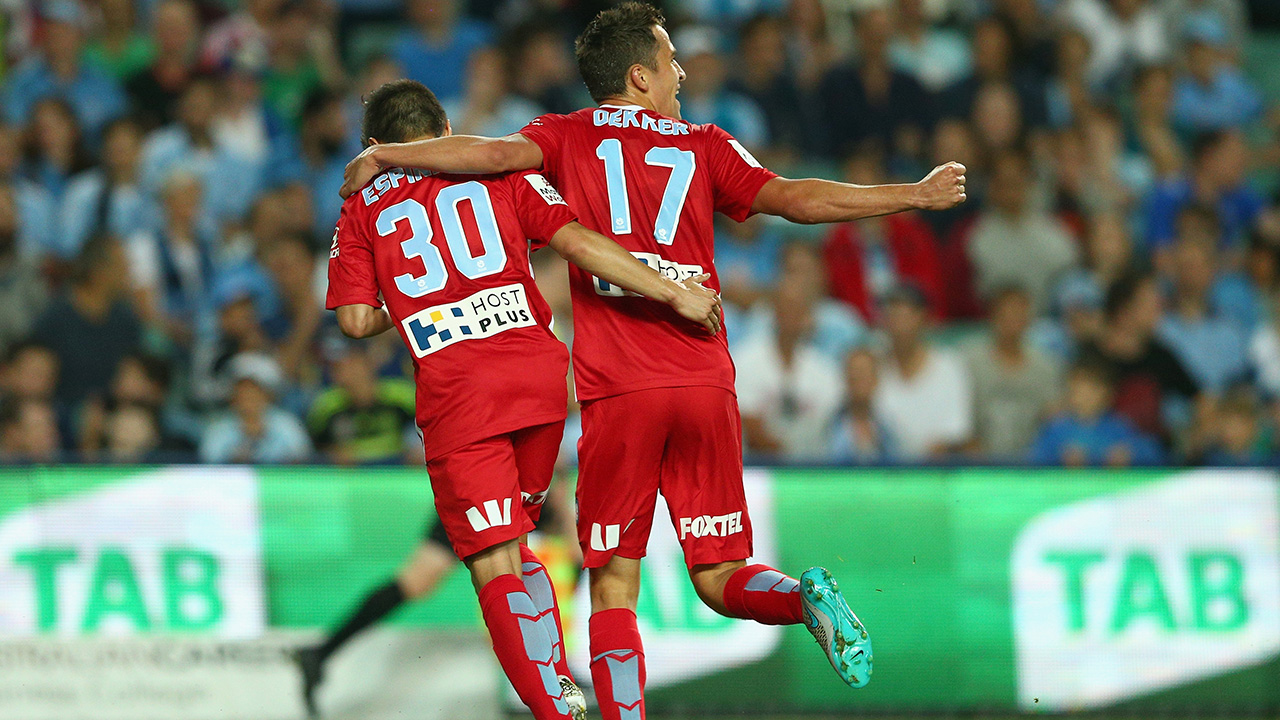 Our first A-League match of the City-era brought us to Allianz Stadium where a lot of the hype and excitement around the match surrounded the debut of Spanish World Cup winner David Villa.

A tight opening to the contest broke open early in the second half as a wonderful curling effort from Corey Gameiro beat the outstretched hand of Andrew Redmayne.

The goal paved the way for substitute Villa to leave his mark on the match, who took less than ten minutes to level the scores after firing home Damien Duff’s pin-point cut back into the bottom corner with precision.

After a nervous end to the match, opening day points were shared as both sides went on to qualify for the Finals Series. 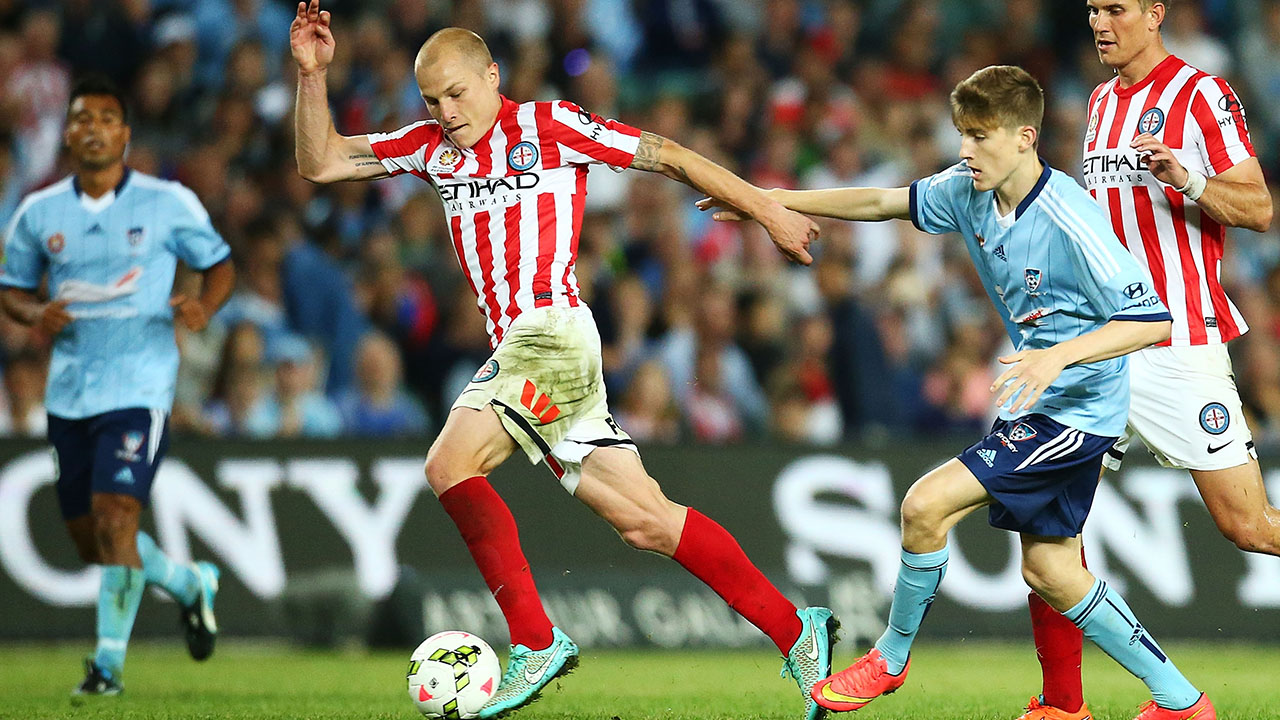 It was a tense affair at Etihad Stadium as both sides were unable to draw blood in the opening match of the 2013/14 season.
The visiting side showed the most endeavour in the first half as David Williams and Golgol Mebrahtu came closest to finding the back of the net, while Harry Kewell pulled the strings in the midfield.
Victory came out in the second half firing and claims for handball were waved away by referee Peter Green in the early stages as Adama Traore’s effort looked to have hit the hand of Patrick Kisnorbo in the penalty area.

It was a far from dour 0-0 draw, but the spoils were shared in another intriguing Melbourne Derby battle. 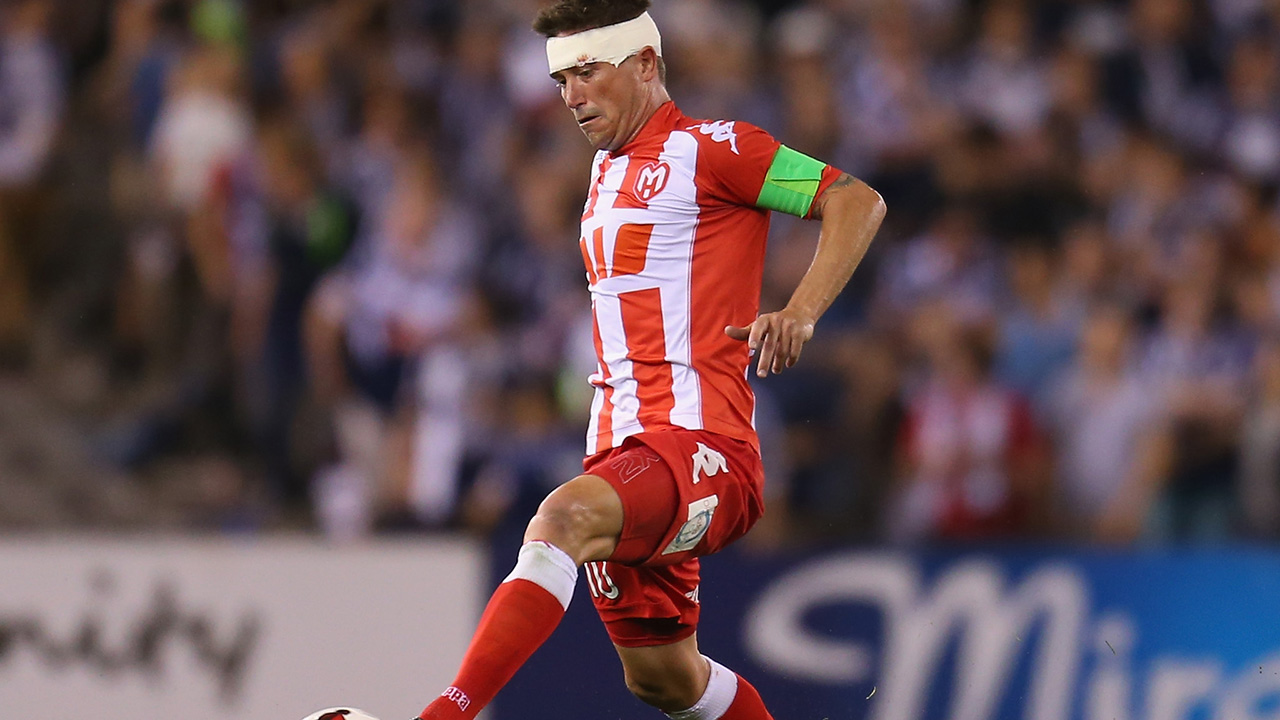 One of our finest Derby wins came in Round 1 of the 2012/13 season as John Aloisi’s side put in a dominant performance against a Victory squad under the guidance of Ange Postecoglou for the first time.

It was a counter-attacking masterclass in the first half as David Williams and Dylan Macallister made the most of defensive errors to put their side in the lead.

The break saw much of the same from the visitors as wide-man Mate Dugandzic wreaked havoc on the Victory defence, while Williams missed a chance to extend the lead in the 75th minute when thwarted by Lawrence Thomas in a one-on-one situation.

It would be derby delight at Etihad as the boys walked away with the three points. 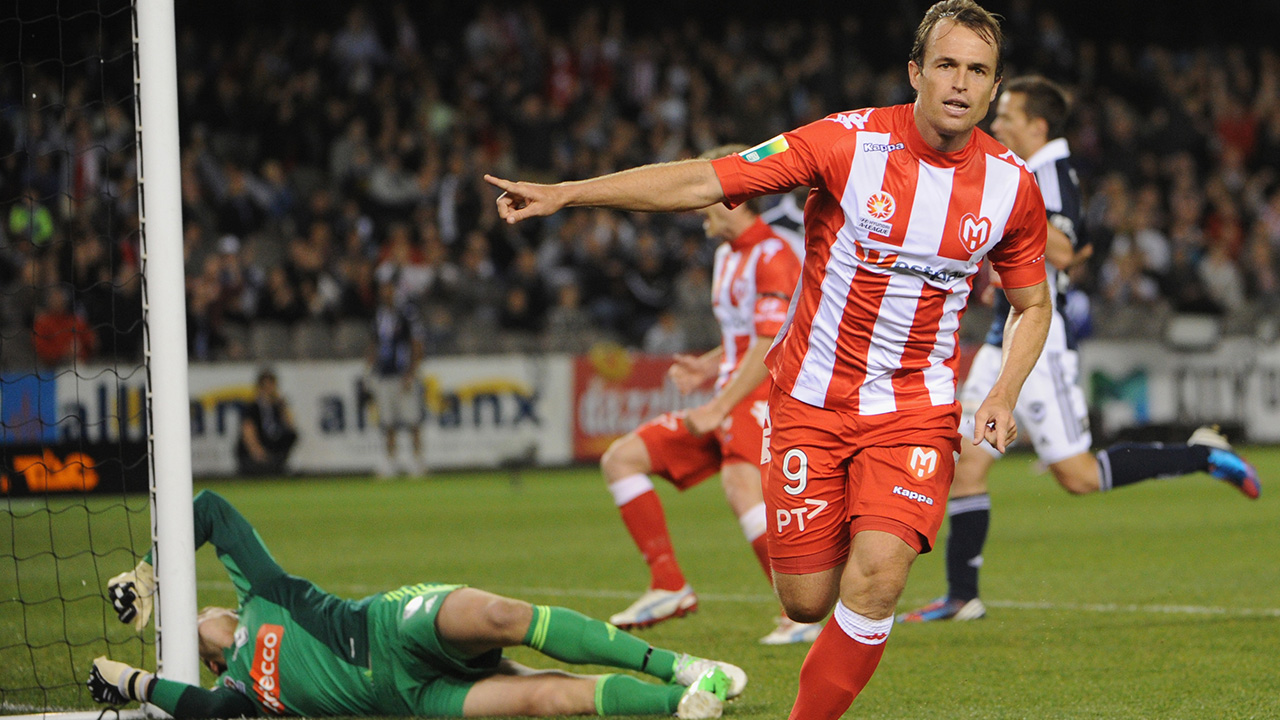 It was three points that got away in the opening round of the 2011/12 season as a 93rd minute deflected goal saw Newcastle Jets take home the spoils.

Mate Dugandzic gave his side the lead in the contest and it should have been 2-0 when Jets keeper Ben Kennedy looked to have taken down David Williams in the penalty area early in the match.

It wasn’t to be for the visitors as a Ryan Griffiths double turned the match on its head on the stroke of half-time.

Dugandzic’s second looked to have picked up a deserved point for his side in the Hunter before Byun Sung-Huwan’s tame strike on goal took a wicked deflection, wrong-footing Nikola Roganovic and giving the Jets the opening day win. 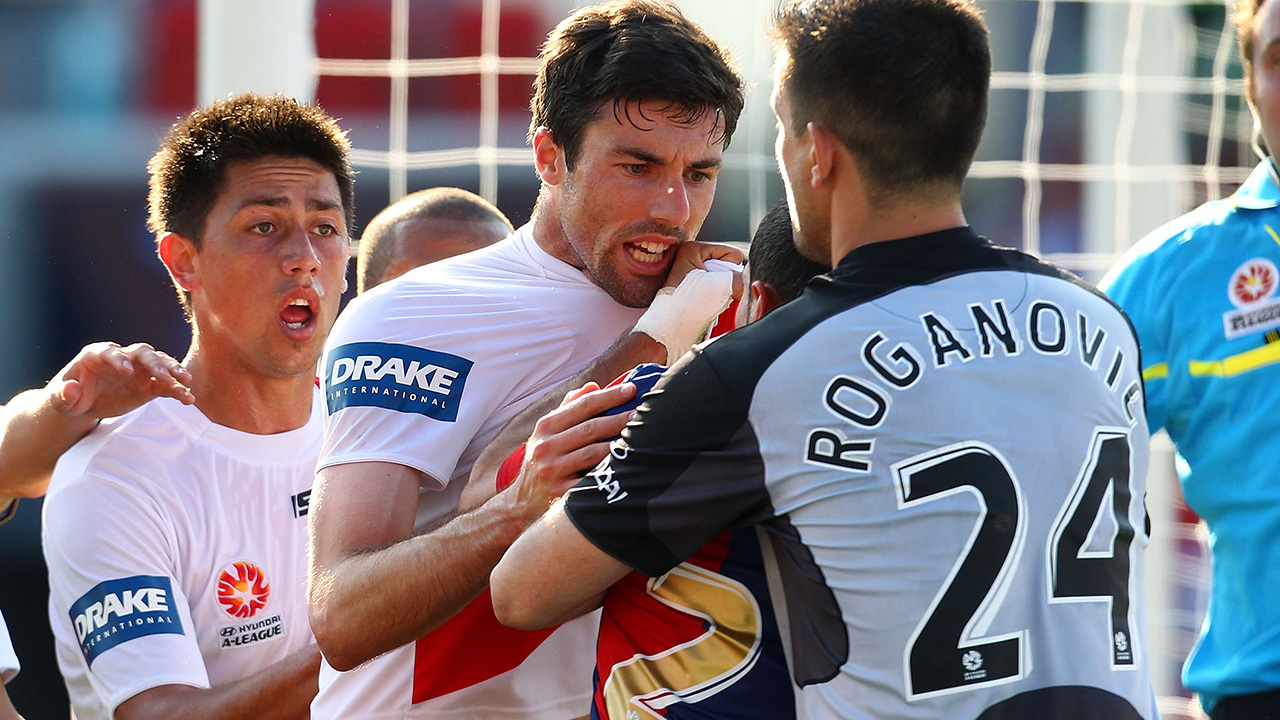 The Club’s first league match at AAMI Park saw defeat as Alex Wilkinson – who would go on to represent City in 2016 – etched his name into history as the first goal scorer at the newly-opened stadium.

His 16th minute opener headlined a dour affair between the sides as John van’t Schip’s embryonic side looked to find their feet in the unfamiliar surrounds of the A-League. 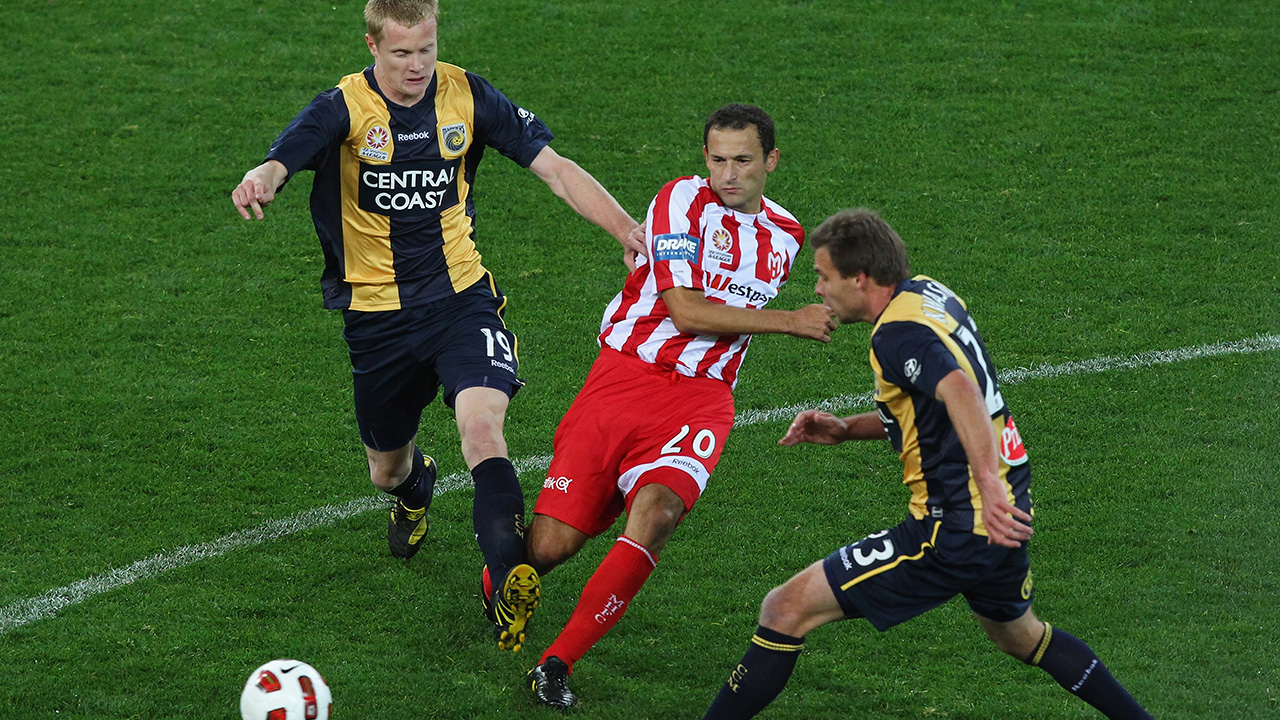