The battle for Melbourne is set to reach even greater heights in the 2016/17 Hyundai A-League season.

Following the release of the fixtures for the new season on Thursday, fans of Melbourne Victory and Melbourne City will have immediately circled the clashes against their fierce neighbours with the two meeting in Round 2 at Etihad Stadium on October 15.

It’s then Round 11 for the next clash at AAMI Park on December 17 before a return to Etihad in Round 18 (February 4) for the last Melbourne derby of the regular season.

While Victory has won three championships in the first 11 seasons of the A-League, new-boys City are certainly making the right moves to become the kings of Melbourne and a Hyundai A-League powerhouse. 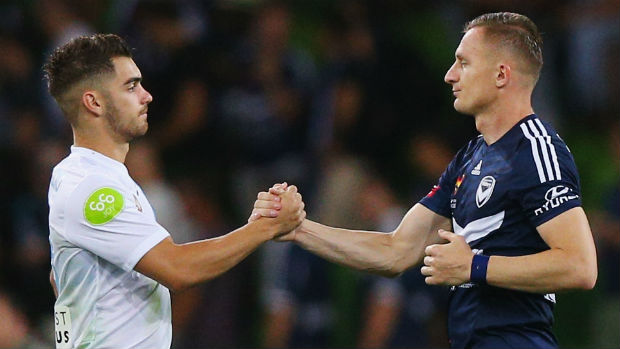 This fixture never disappoints and with the likes of superstar strikers Besart Berisha and Bruno Fornaroli still expected to spearhead both attacks in the new season, it could be even better next season.

If reports City are chasing Caltex Socceroo striker Tim Cahill come to fruition as well, the incredible theatre that always surrounds the derby will reach another level.

The sides split the derbies last season (one win apiece and one draw), with Victory prevailing 3-2 before City hit back with a 2-1 win at AAMI Park.

The third clash ended all square at 2-2 and included the superb “rabona goal” started and finished by the brilliant Fornaroli.