Two young people from adolescent cancer charity CanTeen received the shock of a lifetime on Wednesday, as they were greeted by a surprise visit from Argentine football superstar Lionel Messi at the City Football Academy in Melbourne.

Wearing their brand-new Argentina jerseys, the teenagers were gearing themselves up for a routine kickabout on City’s elite training pitch, where they were greeted by none other than five-time FIFA Ballon d’Or winner Messi. 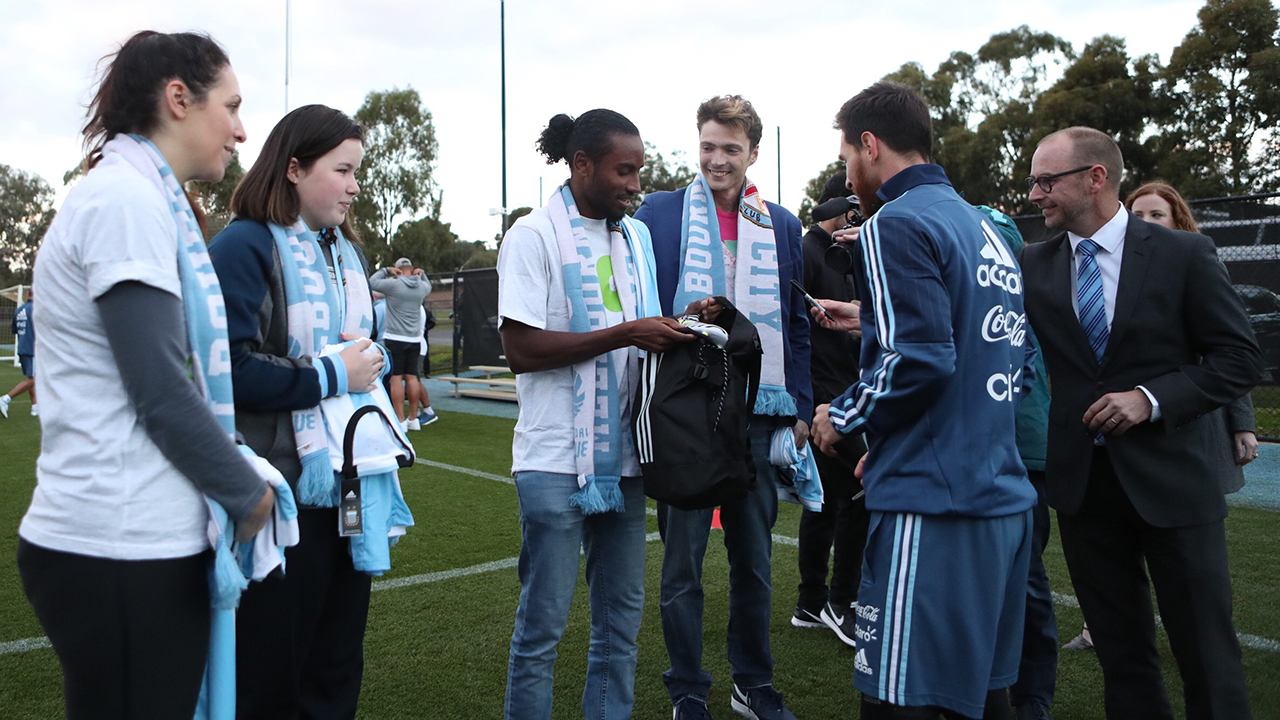 The surprises didn’t stop there, with Messi presenting both teens with a brand-new pair of football boots, and signing their new jerseys.

For Georgia-Mae and Denis, spending time with the world’s best footballer was a deserved time-out. Georgia-Mae’s sister was diagnosed with Hodgkin’s Lymphoma when Georgia was 11 and she has been supported by CanTeen ever since, becoming part of the leadership group and a mentor for other young people.

Denis’ mum was diagnosed with breast cancer when he was 11. A huge football fan, he has grown up with CanTeen and is now part of their leadership group.

We help young people cope with cancer in their family. Through CanTeen, they learn to explore and deal with their feelings about cancer, connect with other young people in the same boat and if they’ve been diagnosed themselves, we also provide specialist, youth-specific treatment teams.