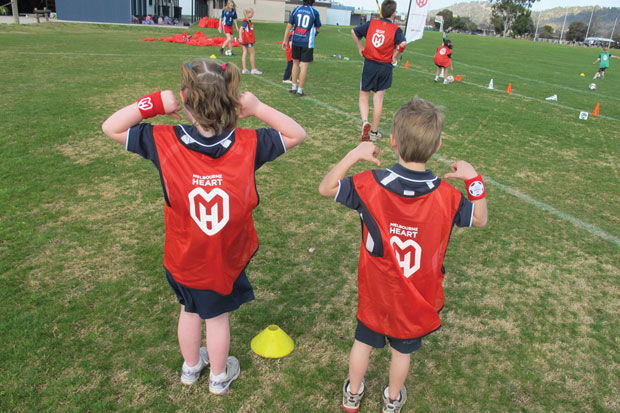 Louisa started her football career playing for Aston Villa as a youngster in England, before moving to Australia when she was 15. She quickly caught the attention of a number of coaches, representing both the state and national teams at the highest level. She has also played Chengdu in the Chinese Women’s Super League, and FFC Brauweiler Pulheim (now FC Koln) in the Women’s Bundesliga in Germany. Bisby has also completed her Bachelor of Business -Sport and Leisure Management and is now employed by Melbourne Heart as a Game Development Officer. When she has the time, Bisby loves travelling and shopping.

What is your role at the club?
I’m one of the game development officers at Melbourne Heart. I organise and conduct football clinics for schools, clubs and other organisations like local councils. I also do some administration work in the Community department. There I organise school holiday programs such as the ‘Little Terras’ clinic, as well as communicating with clubs, schools and fans looking for mascots and ball kids.

Running football clinics for young children sounds like a lot of fun. How much enjoyment do you get from them?
Its exciting, I love being outside. The enthusiasm of the little kids is great. It’s especially nice to see the excitement on the faces of kids who haven’t played before. You can tell they are enjoying learning something new.

Have you always had a passion for football?
Yeah, I have. Growing up in England it was only natural. I actually play football professionally. In 2002 I played in China, and from 2004 to 2006 I played in Germany. I currently play in the W-League for Melbourne Victory. In the off-season I play for Box Hill, which is the club I love the most.

What makes Melbourne Heart the best football club in Australia?
I think the fact that we are really community based makes us the best. We really try to give back to the fans by supporting local clubs and running clinics.