One of the Hyundai A-League’s most iconic hairstyles underwent a significant transformation on Wednesday as Melbourne City FC midfielder Luke Brattan had his luscious locks shaved off for the Leukaemia Foundation.

Brattan, 27, went under the razor for the World’s Greatest Shave, which helps to raise much-needed funding for blood cancer research and provides practical support to Australians diagnosed with blood cancers such as leukaemia, lymphoma and myeloma.

The City midfielder has spent the past two years cultivating his hair – with the ultimate aim of shaving it off to raise funds for the World’s Greatest Shave – which runs from March 16-19 and provides the perfect platform to increase awareness for Australia’s third most common cause of cancer death.

A combination of personal donations, and contributions from Melbourne City players, staff and Club partners, has helped Brattan surpass $10 000 of donations toward the Leukaemia Foundation, with the midfielder hoping to reach $15 000 before Saturday night’s match against Newcastle Jets at AAMI Park. 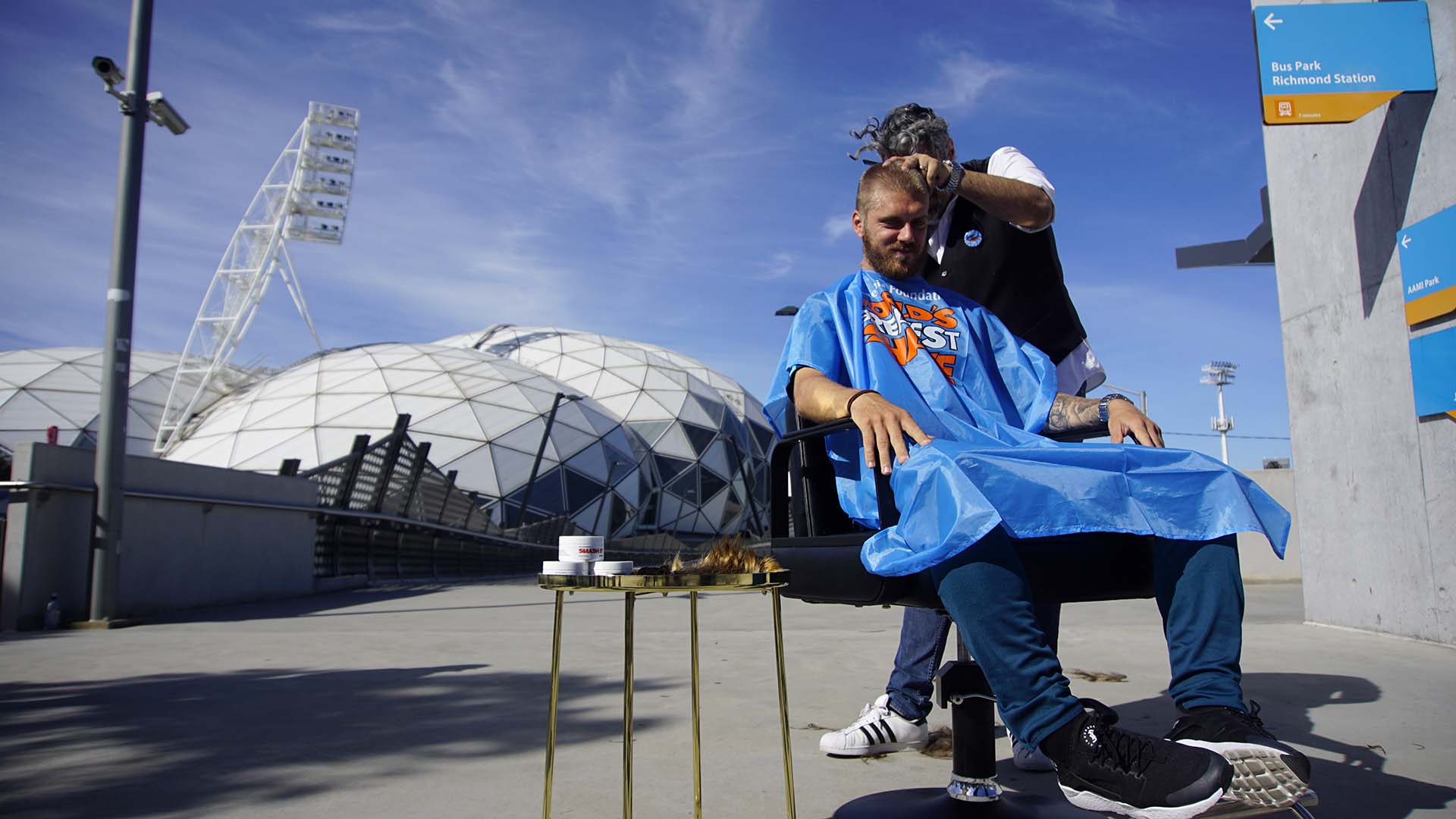 Brattan said; “The Foundation is an organisation and a cause very close to my heart as I have had close family and friends affected by leukaemia. I decided two years ago to grow my hair with the eventual aim of having it shaved to raise awareness and funds as I’ve seen firsthand that those affected by Leukaemia and other blood cancers have to suffer incredibly. If something as small as shaving my hair helps to raise money for this fantastic foundation, that is the least I can do.” 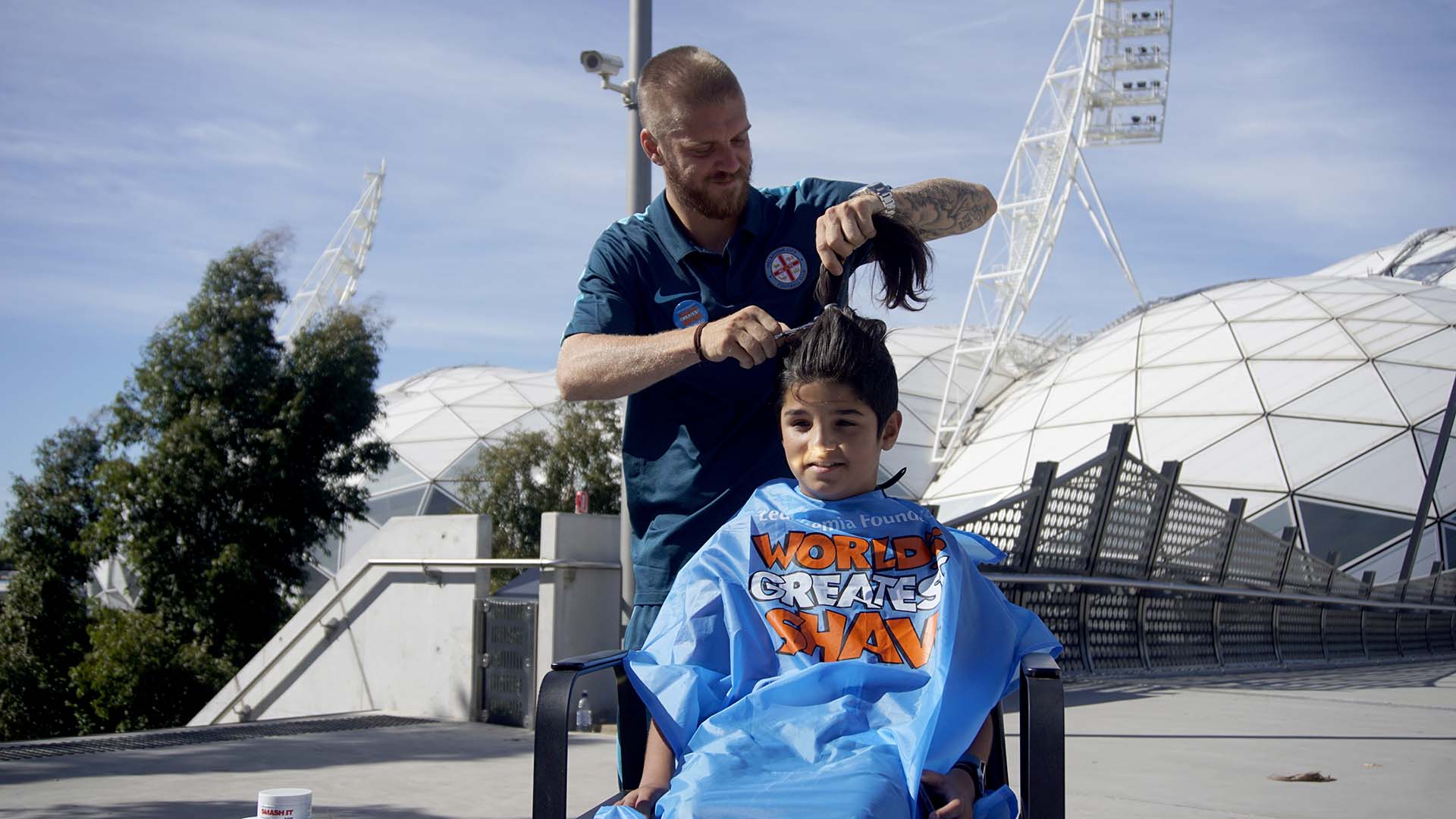 Brattan is currently third on Victoria’s Top Fundraisers list, having spent February promoting his involvement in the World’s Greatest Shave through various activities on melbournecityfc.com.au leading up to his shave.

With his hairstyle polarising Australia’s football community, Brattan read out Mean Tweets about his mop and had his hair professionally styled to match famous footballers, such as Gareth Bale, Zlatan Ibrahmovic and Carlos Puyol , helping to raise awareness for his personal donations page.

The Leukaemia Foundation is Australia’s peak body for blood cancer, providing free support services in every state and territory across Australia. The Foundation reaches 50 per cent of all newly diagnosed people with blood cancer, whether they are located in metropolitan, regional or remote rural areas and has invested millions into vital research into better treatments and cures.