Melbourne City FC are hosting a week of activities designed to break down barriers for women and girls’ participation in football, including a ‘Think Tank’ run by 16-25-year-old Young Leaders, a speed mentoring event, staff volunteering and community football activities.

On Tuesday 7 March, the Club hosted a speed mentoring event for secondary school girls, with influential women from a range of sporting backgrounds offering insight into their career pathways.
More than 50 young girls from the Club’s network of affiliate schools took part in the event, held at the Club’s Elite Women’s Training Facility at the City Football Academy.

Championship winning Melbourne City Women’s midfielder Amy Jackson shared her personal experiences of mentoring, describing how she had been supported by her mother throughout her career, on and off the pitch. 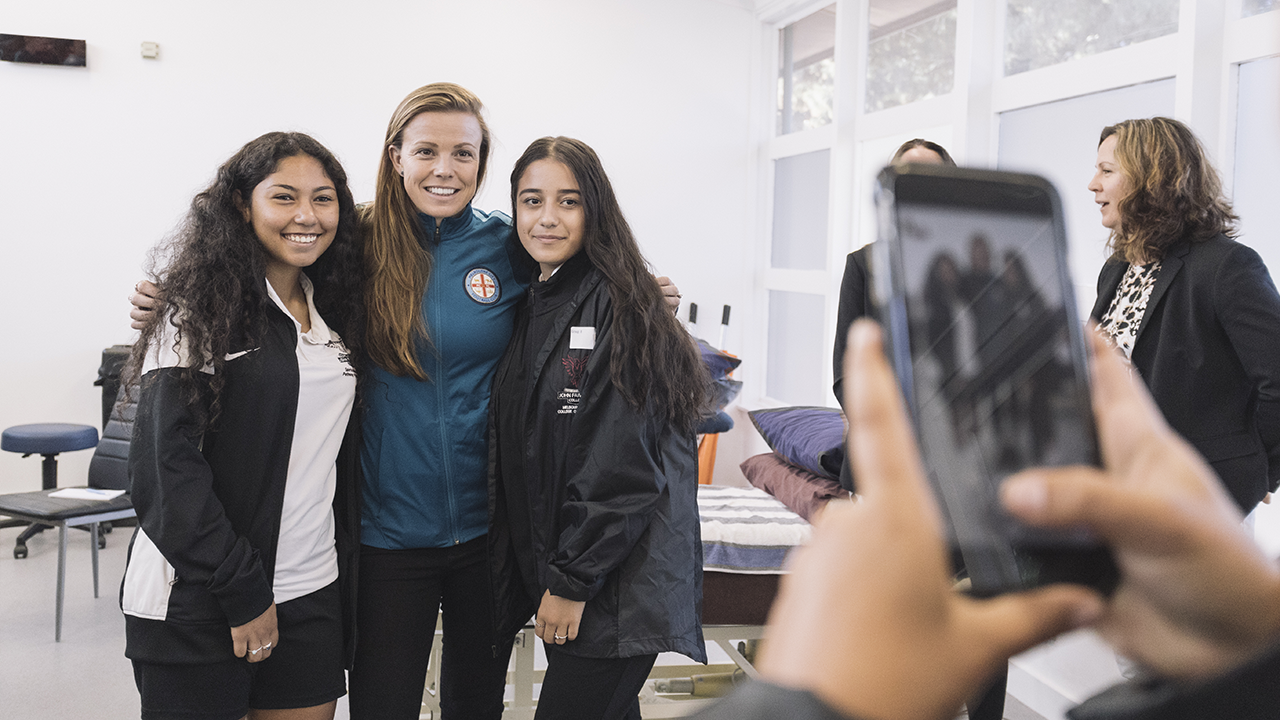 “When I started playing sport as a young girl, I found there were many barriers for females. I had some really powerful influencers growing up, male and female, but if I had to name the person that really taught me about being bold for change, I would say my mother.

“She taught me that if there is something in life that I wanted, then I was going to fight for it and find a way. She helped me stay on the right path and she provided me with the values and guidance I hope I can pass down to young aspiring footballers today. She played a huge part in creating my pathway into football and that has created incredible opportunities for me in Australia and overseas.

“There is always more work to do, but I think that so much progress has been made since I started out. Activities like the speed mentoring today, and the year-round work that we do, going out in to the community, all contribute to the big positive change in the sport. The future is really exciting for our game, and nowhere more than Melbourne City.”

Melbourne City FC Head of Community Sue Crow was overwhelmed with the positive reaction on the day, commenting:

“International Women’s Day is an important day on our calendar, but it is vitally important to ensure that our work to engage women and girls in the game continues year round. Football is a truly inclusive sport, and we have a responsibility to ensure that applies at every level.

“It was wonderful to see so many influential women at our Women’s Football wing of the City Football Academy, willing to share their diverse experiences. These school girls are beginning to seriously consider their career pathways, and if events like today can help to educate them on the myriad opportunities available in the game, then that is a step in the right direction.” 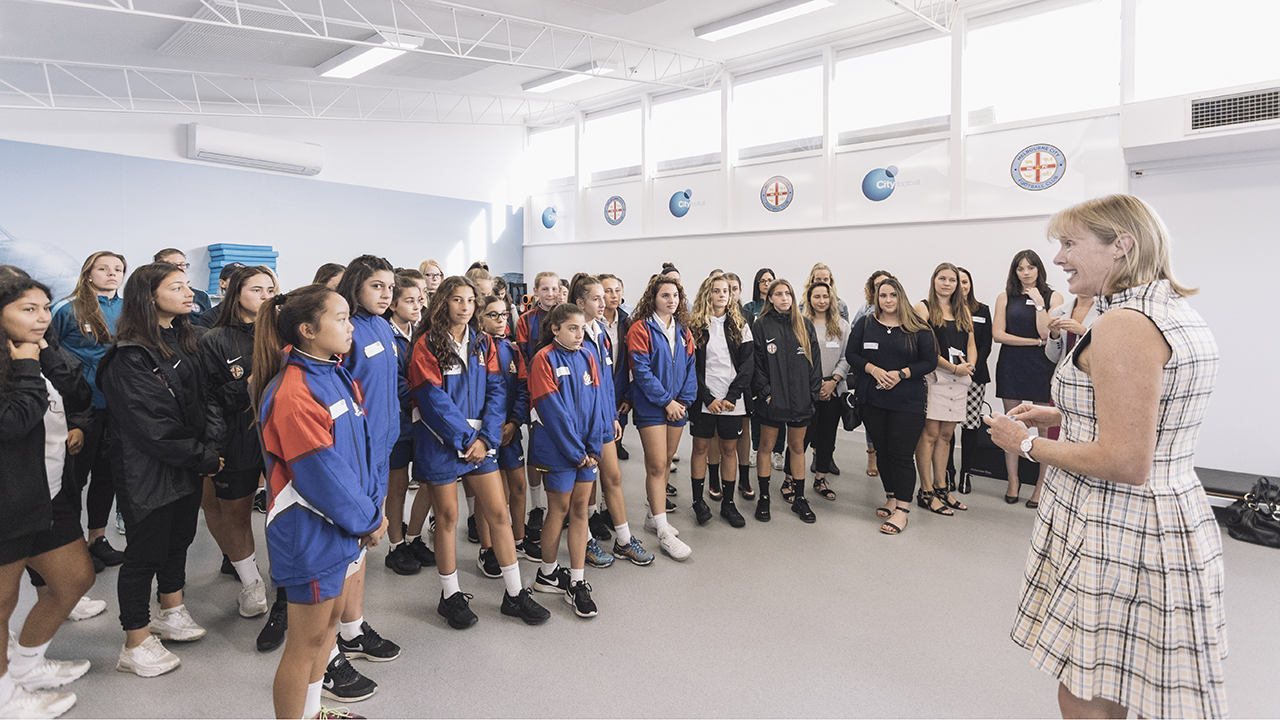 The speed mentoring event is just one of a number of events being held by Melbourne City FC for International Women’s Day (IWD):

The Club’s IWD activities will coincide with Football Federation Australia (FFA) Female Football Week on Saturday 18 March, when City take on Newcastle Jets at AAMI Park in Round 23 of the Hyundai A-League. These activities are part of a globally connected initiative, as Melbourne City’s sister clubs, Premier League club Manchester City FC and Major League Soccer’s New York City FC, hold a series of events and activites for players, staff and fans to celebrate International Women’s Day around the world.

City’s men’s team will be accompanied onto the pitch by female player mascots, while aspiring female footballers will get the opportunity to show their skills on AAMI Park during small-sided matches at half-time.

Melbourne City became the first team in Westfield W-League history to win back-to-back Championship titles last month, defeating Perth Glory 2-0 in the Grand Final to secure its second title in as many seasons.

In recognition of their stellar inaugural campaign, which saw the Club win a Premiership and Championship double without losing a single match, City’s W-League team have been nominated in the Team of the Year category at the 2016 Victorian Sports Awards. 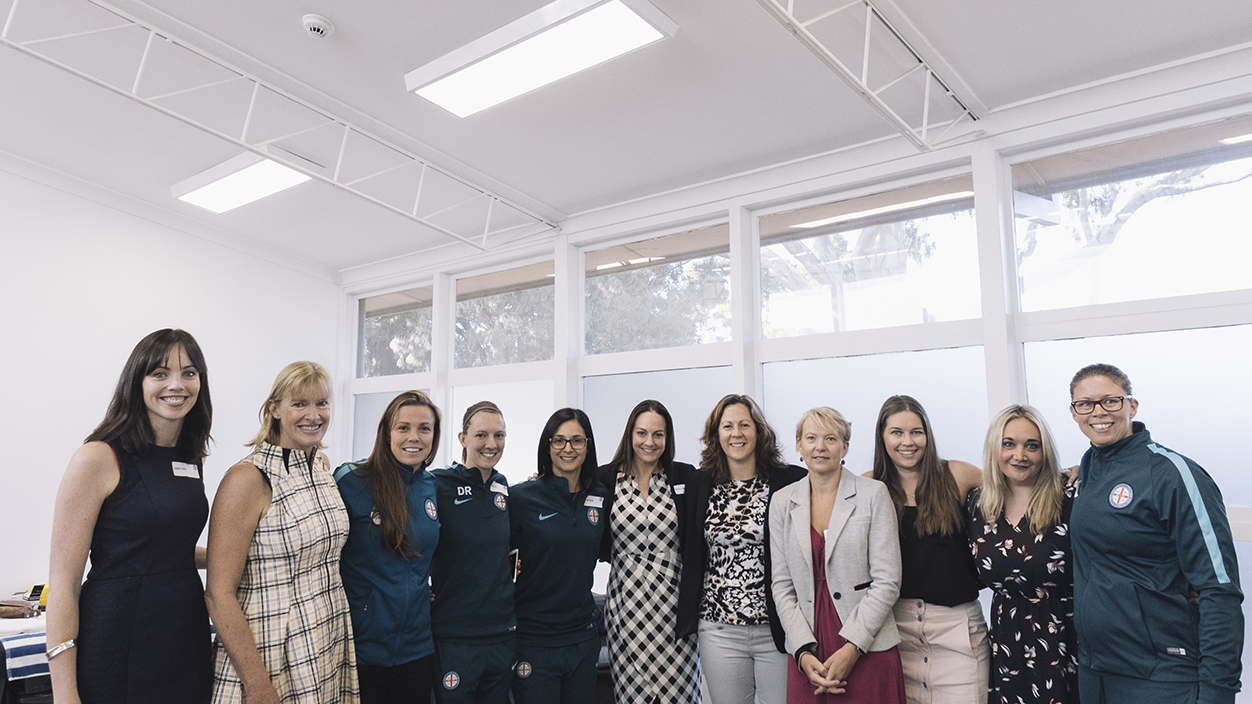