Melbourne City FC is pleased to announce the Club has signed Uruguayan striker Bruno Fornaroli as Head Coach John van’t Schip strengthens his attack ahead of the Hyundai A-League 2015/16 season.

Nicknamed El Tuna – or ‘The Prickly Pear’ – Fornaroli began his career at Uruguayan club Nacional, starring in the club’s youth ranks alongside Barcelona’s Luis Suarez, while he also represented Uruguay at under-17 level in 2003.

The striker’s breakout season came during his first senior campaign with Nacional in 2008, with Fornaroli scoring on 17 occasions in 37 appearances across the Uruguayan Primera Division and Copa Libertadores.

Following interest from Europe, Fornaroli completed spells for Serie A side Sampdoria and Greek Super League outfit Panathinaikos before returning to Uruguay to link up with most recent club Danubio FC.

A striker with speed, agility and technical skill, van’t Schip believes Fornaroli fits the profile of the number 9 he desires for this season.

“Bruno is the type of player we have been looking for and we are excited to welcome him to Melbourne City FC,” van’t Schip said. 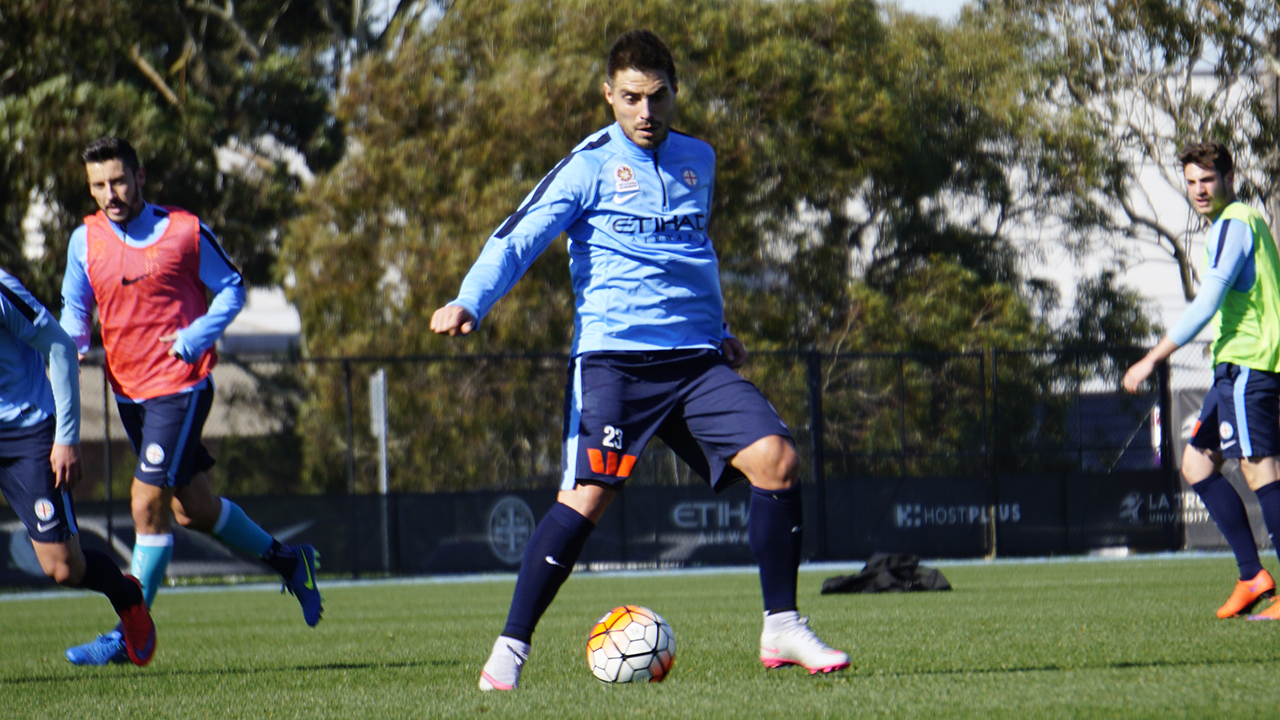 “We believe Bruno’s experience in South America and his technical ability as a number 9 will greatly complement our other attacking players.

“Bruno will join us immediately in training this week and will be available for our FFA Cup campaign as we prepare for the start of the A-League season.”

Fornaroli underwent his medical at the City Football Academy in Manchester, before training for a week with Manchester City FC’s Elite Development Squad, under Patrick Vieria.

The Club’s latest signing arrived in Melbourne on Monday, with Fornaroli meeting and training with his teammates at Melbourne’s City Football Academy.

“The Club has made me feel very welcome, the whole staff and the playing group have received me well and made me feel comfortable,” Fornaroli said.

“Fans can expect lots of sacrifice for the shirt, that’s the first thing I put in my head when I arrive at a club.”