Integral members of City’s squad that achieved a historic three-peat, the duo return to the Club ahead of City’s Round 2 clash with Canberra United in the Westfield W-League 2019/20 season. 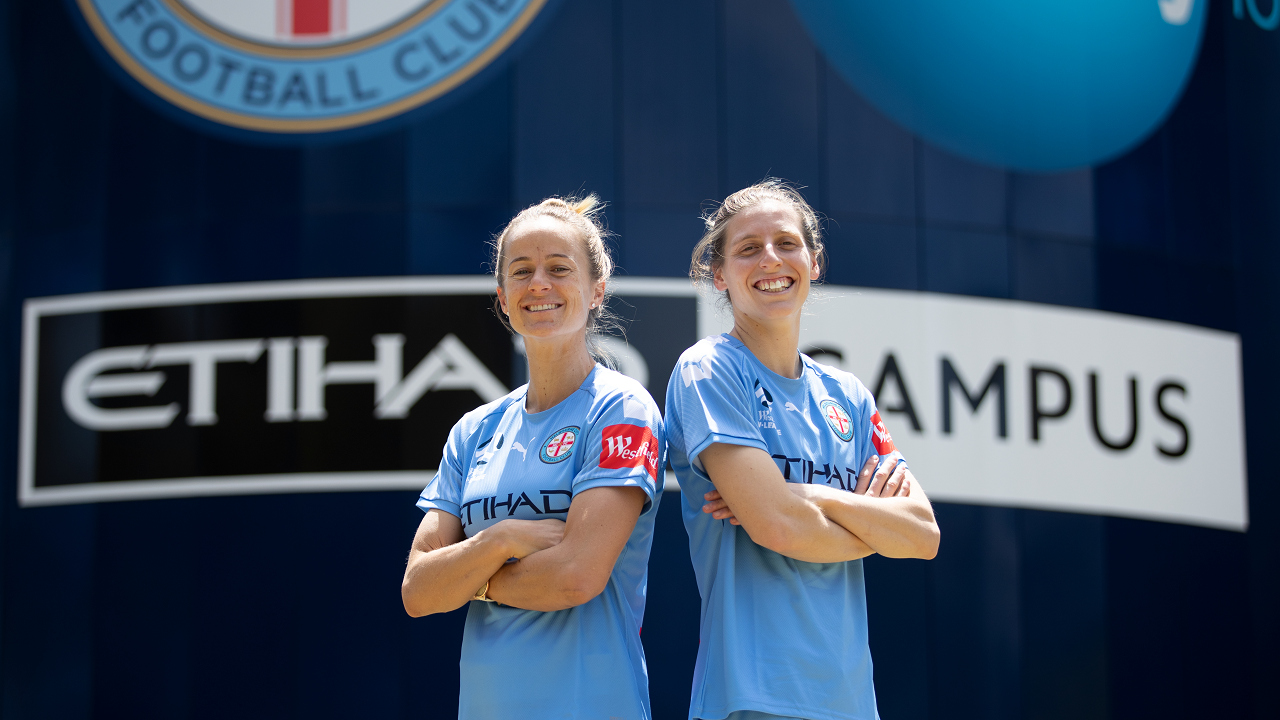 Luik returns to the Club for her fourth spell following stints in Europe with Kalmar, Levante and most recently Avaldsnes in Norway.

“An incredibly consistent performer, Aivi has been a crucial figure in the Club’s previous success.

“Aivi displays great composure in the middle of the park where she utilises her strong distribution. She provides great leadership and experience, following several seasons abroad. As a Club, we believe that her inclusion to our midfield gives us a huge boost ahead of the upcoming season.”

Speaking on her return, Aivi Luik said: “I’m really happy to be returning to play with Melbourne City for the upcoming 2019/20 W-league season.”

“It’s a club I called home for three seasons before playing in Spain last year and in its short history, has won many titles and championships.

“I’m hungry for more of that success and with the same hard work, dedication, high standards and a good group of people, we will have a very good chance of creating more history.”

The 34-year-old brings a wealth of experience to the squad after spending much of her career abroad. A dynamic midfielder, Luik was crowned W-League Player of the Year in City’s inaugural season, in which the team claimed both the Premiership and Championship double without losing a single match.

During her time at the City Football Academy, Luik made 37 appearances across three seasons.

An experienced footballer, Luik has made 11 appearances for the Westfield Matildas. Following her last stint in Melbourne, Luik has spent time in Sweden, Spain and Norway where she represented Kalmar, Levante and Avaldsnes respectively.

Luik returns to Melbourne from Avaldsnes in Norway where she made 10 appearances in 2019, where she will be looking to continue her strong run of form.

Joining Luik from Avaldsnes, Stott returns to Melbourne City, where she will spend her fifth consecutive W-League campaign at the City Football Academy.

An inaugural member of the Club, Stott has played an instrumental role in defence, leading the way as City created Australian football history, becoming the first team in A-League or W-League history to achieve an unprecedented championship three-peat.

The 26-year-old has made 17 appearances for the Football Ferns, where she flourished in defence at this year’s 2019 FIFA Women’s World Cup in France. During her time at City, Stott has made 50 W-League appearances, holding the record for most games played for our Women’s side – one in front of City captain Steph Catley.

Stott re-joins City from Avaldses where she made 22 appearances during the 2019 season.

Melbourne City FC Head Coach, Rado Vidosic said: “We’re excited to have Rebekah back in City colours, she’s been one of the Club’s most important players from the very start.”

“An experienced winner, she knows what it takes to win the league and we’re looking forward to her returning with that same hunger that has made her so successful.

“A versatile defender, one of Rebekah’s biggest strengths is her ability to not only fulfil her defensive duties but to also contribute to our attacking style of play, as she looks to take the game on and beat her opponents. She’s an experienced international and a player that City fans enjoy watching.”

Both Stott and Luik will join the team in training this week as the team’s focus turns to Canberra United at McKellar Park on Sunday 24 November, kick-off 4:00pm.