Hyundai A-League marquee man Tim Cahill believes this can be a special season for his Melbourne City as they prepare for two huge Melbourne Derbies, starting this Saturday night.

On Saturday evening at Etihad Stadium, City  face Victory in the Hyundai A-League.

Two Melbourne Derbies, two huge challenges against their most bitter rival – this next two weeks looms as huge in the context of the season. 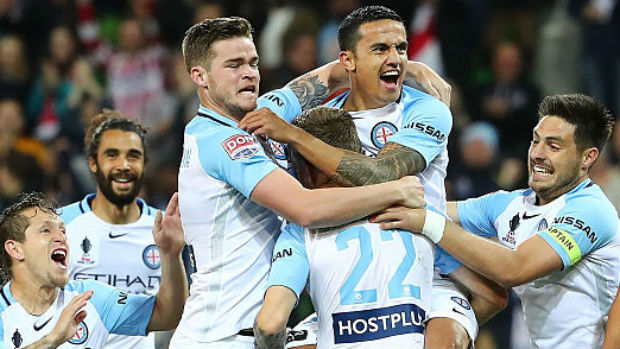 For the Bundoora-based club these games are a great opportunity to make a statement about their credentials in the sporting capital of Australia.

“It’s a big year for us but it’s more about what we do and our fans,” Cahill told reporters at St Kilda Beach on Wednesday.

“It’s really about growing something special in Melbourne, that’s the importance of the City Group and being a part of this culture.

“Hopefully we’ll win something. But that can’t be the first thing on our mind because if you really want to win something you just look ahead to the next game first.”

Both in the Hyundai A-League and Westfield FFA Cup, that next game is against bitter rivals Victory.

The Blue half of Melbourne are no strangers to success, having won three A-League titles and are defending champions in the FFA Cup. 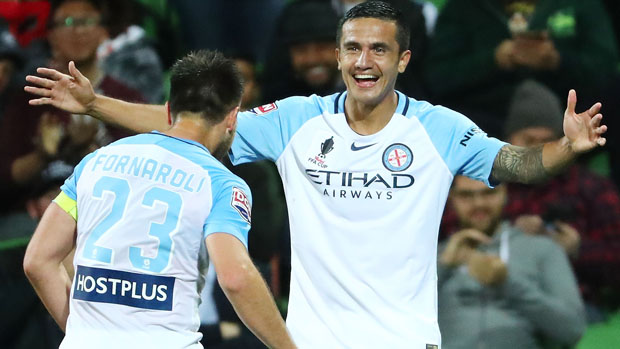 But with the likes of Nicolas Colazo, Fernado Brandan, Michael Jakobsen and others joining Cahill and Bruno Fornaroli at City, this could be City’s time.

“The squad we’ve put together is fantastic. When you look at the base and our defence we’ve got a lot of depth,” Cahill said.

“We’ve got the experience of Socceroos as well with Luke Brattan and Neil Kilkenny.

“You look at young players like Bruce Kamau too.

“I think he’s going to have a great impact on the league this year. It’s a great group and very exciting.”