Palatsides: City’s youth can match it with the world’s best

Gianluca Iannucci’s stunning set-piece seven minutes from time proved only to be a consolation as City were unable to follow on from an impressive 3-1 win over Red Star Belgrade with another three points against the Italians.

Despite the heavy score line, Palatsides was proud of the way his players brushed aside a difficult opening to more than match it with the European giants.

“We know Inter are a world-class team, but we thought we competed quite well and were much more competitive than the scoreboard reflected,” Palatsides said.

“What was pleasing from our perspective is that we battled through the tough opening. It would have been very easy for them to start knocking it long and stop playing the brand of football we want them to play. But they didn’t, they kept playing.

“In the second-half, we showed we could compete at that level. I was very proud that the boys stuck to what they knew, what they’ve learned and to the style of play that has brought us success in our Academy system.

“There were plenty of positives to take away. This experience will make the boys understand what level they must get to and what they can do to improve.” 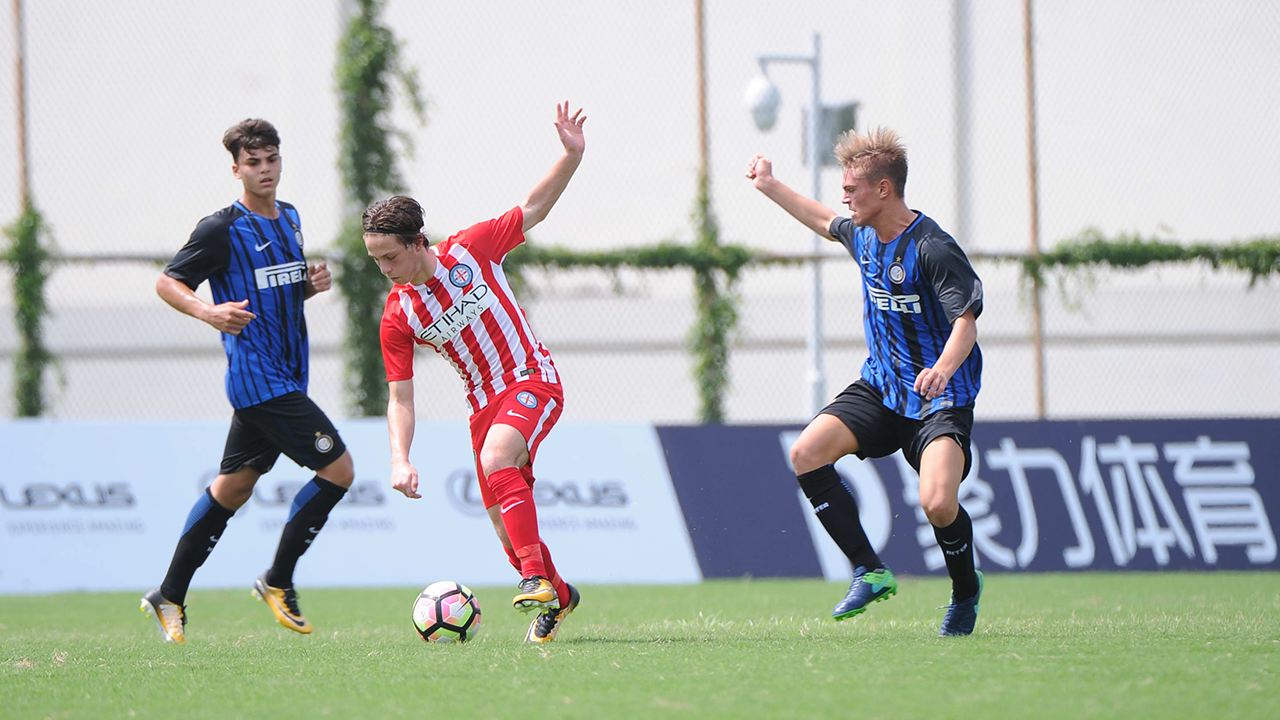 “Gianluca has been a really good player for us. He’s one of our young players who is shining through at the moment and we’ve got high hopes for him.

“Over the last two games he’s showed at a very high level that he’s going to be an exciting player for our football club.

“It’s the same with other players like John Roberts and Tristian Patsiotis. Our new signings Josh Varga and Dalibor Markovic have performed well with our other national team players Luke Duzel, Nick Theodosiou, and Giovanni Stellitano.

“We’ve got some exciting talent coming through and it’s always great to see them come through on the world stage.”

City’s attention now turns to the final match of the group stage against the Yili Football Association of Xinjiang, where a win for Palatsides’ side will secure a spot in the third-place play-off.

“If we do get past this obstacle then we can look forward to a third-place playoff,” Palatsides said. “It would be a great result if we could play off for third spot and finish in our first international tournament behind clubs like Inter Milan and Anderlecht.

“We’ll rest a lot of our regulars and give the other boys an opportunity to play as well, which they deserve. The result will probably go secondary to what we want to achieve but we’ll still be aiming to win.”