Melbourne City FC is proud to announce that Jamie Maclaren and Connor Metcalfe have taken out top honours at this years PFA Players’ Awards.

Maclaren, our star striker, claimed the PFA Footballer of the Year award, while dynamic midfielder Connor Metcalfe received the PFA Harry Kewell Medal – awarded to the best Australian player under-23.

Maclaren broke a number of records during the 2020/21 season, becoming City’s all-time leading goal-scorer and was named captain in the PFA’s A-League Team of the Season.

He also became the fastest player in Australian national league history to net 100 goals and recorded a career-best 25 goals in 23 appearances – five of which were scored in one match: an A-League regular season record. 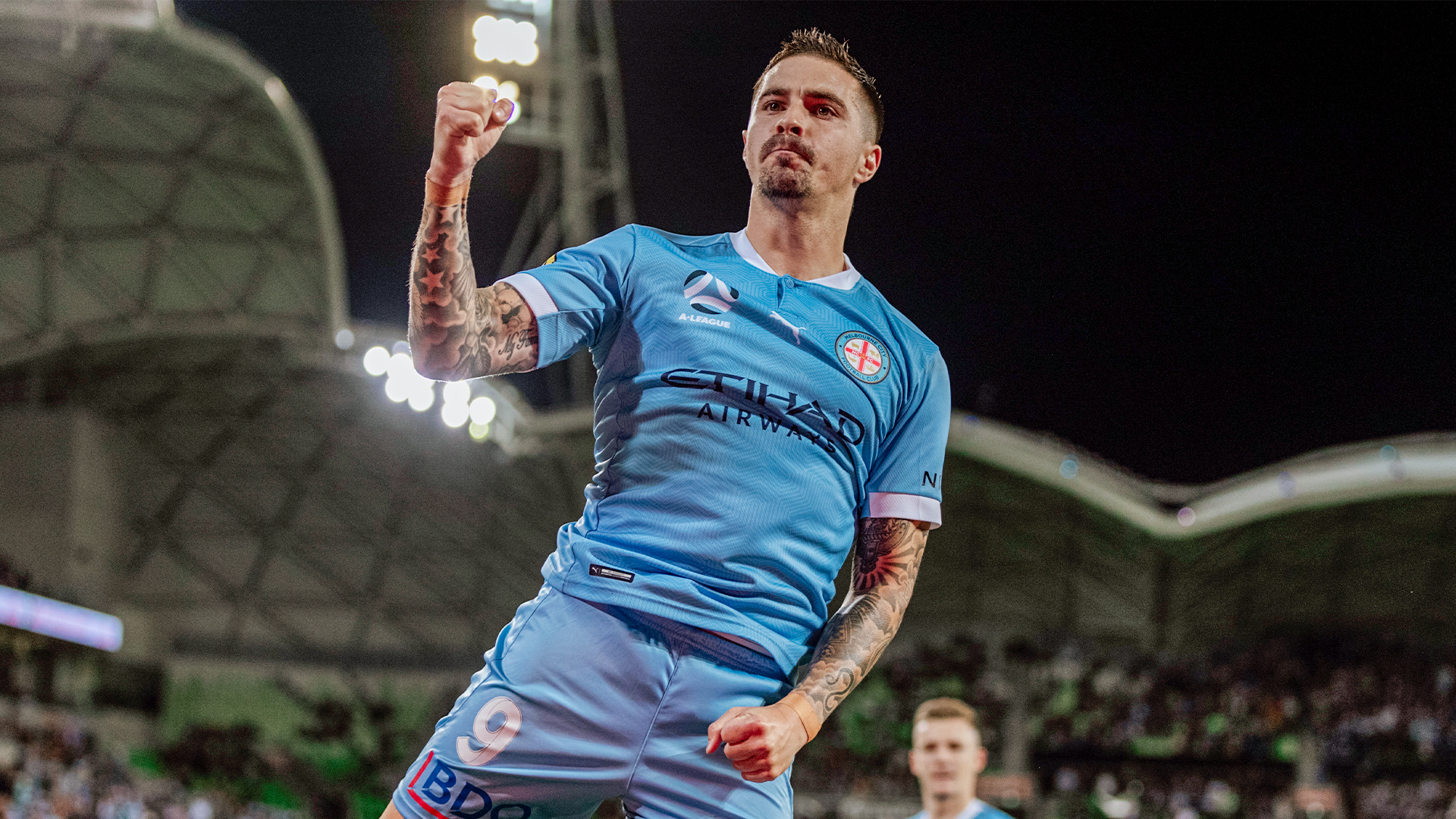 Maclaren spoke with great pride after being voted by his peers as the Australia’s best. “I’m truly honoured to be named the PFA Men’s Footballer of the Year”, Maclaren said.

“I was grateful to even be considered, let alone be voted the winner. This sits right at the top of individual awards and to be voted by the players, this is something I’m finding hard to put into words.

“After winning the A-League Championship and my third Golden Boot this season, it speaks volumes of the environment I have here at Melbourne City and also the staff and my teammates.”

Metcalfe was a fundamental contributor to our maiden Premiers’ Plate and Championship in 2020/21, with his club form earning him a Socceroos debut and a call up for the 2020 Tokyo Olympics.

The 21-year-old made 24 appearances for City with a return of five goals in 2020/21, before his Australian national team debut against Chinese Taipei and first international start in the Socceroos’ 3-0 win over Nepal.

As a child, Metcalfe idolised the man his award is named after. “Winning this award means so much to me because as a small kid growing up in Newcastle I used to dream of one day following in Harry’s footsteps”, Metcalfe said.

“I would wear a Harry Kewell top everywhere, even to bed. I loved that he was a left footer just like me.

“Looking back at the previous medal winners, I feel so proud and honoured to be added to such an amazing list filled with fantastic players. I hope that by winning this award, it can be an inspiration to other young players around the country.”

Head to citymembership.com.au to sign on as a City member and join Jamie Maclaren and Connor Metcalfe in committing to the Club for season 2021/22!