It wasn’t our night in Brisbane as a sole Jamie Maclaren goal separated the sides at Suncorp Stadium on Friday.

A timid start showed the style and intent from both sides with the visitors keeping the ball while the home side looked to hit the counter with speed.

It was the Roar’s tactics however that looked to be working as they opened the scoring after 11 minutes thanks to Jamie Maclaren. City’s high line had been breached as Tommy Oar broke through, only just escaping the sliding challenge from Bruce Kamau.

Through on goal, Oar’s effort to round Bouzanis fell into the path of Maclaren who clinically slotted home to give his side the lead.

The opener played into the hands of the Roar with Brisbane able to play their defensive game, sitting and strangling City’s free-flowing football.

Although City lacked shots on goal, their forward intent was there, hitting double figures for corners but not making the most of the set-pieces.

City started the second half on the front foot and only minutes after the restart a handball from Michael Theo saw a set-piece in a dangerous position cleared.

The lack of penetration forced numbers forward and opened the door for Brisbane to counter, spurning a string of half chances however nothing really threatening Dean Bouzanis’ goal.

As the minutes ticked down, City could not break the stranglehold Brisbane had outside their 18-yard box as John van’t Schip’s side left Suncorp Stadium with nothing to show.

We didn’t have many chances to get back into the match thanks to the Roar’s strong defensive setup but a half chance after 63 minutes could have seen us open the door. Michael Jakobsen’s flick-on at the front post was cleared a yard off the line by Matt McKay as Bruno Fornaroli prowled in the background.

Bruno wasn’t his normal self tonight and on another night, we think he may have been there to be in front of his defender to tap in.

Man of the Match: Michael Jakobsen

A pretty mediocre night all round but the cool, calm and collected figure of Michael Jakobsen showed his quality on the ball as he worked around the strong press by the Roar forwards.

Although Maclaren found the back of the net, the Dane had the Socceroos striker under control for most of the night and the former international showed his class tonight despite the result. 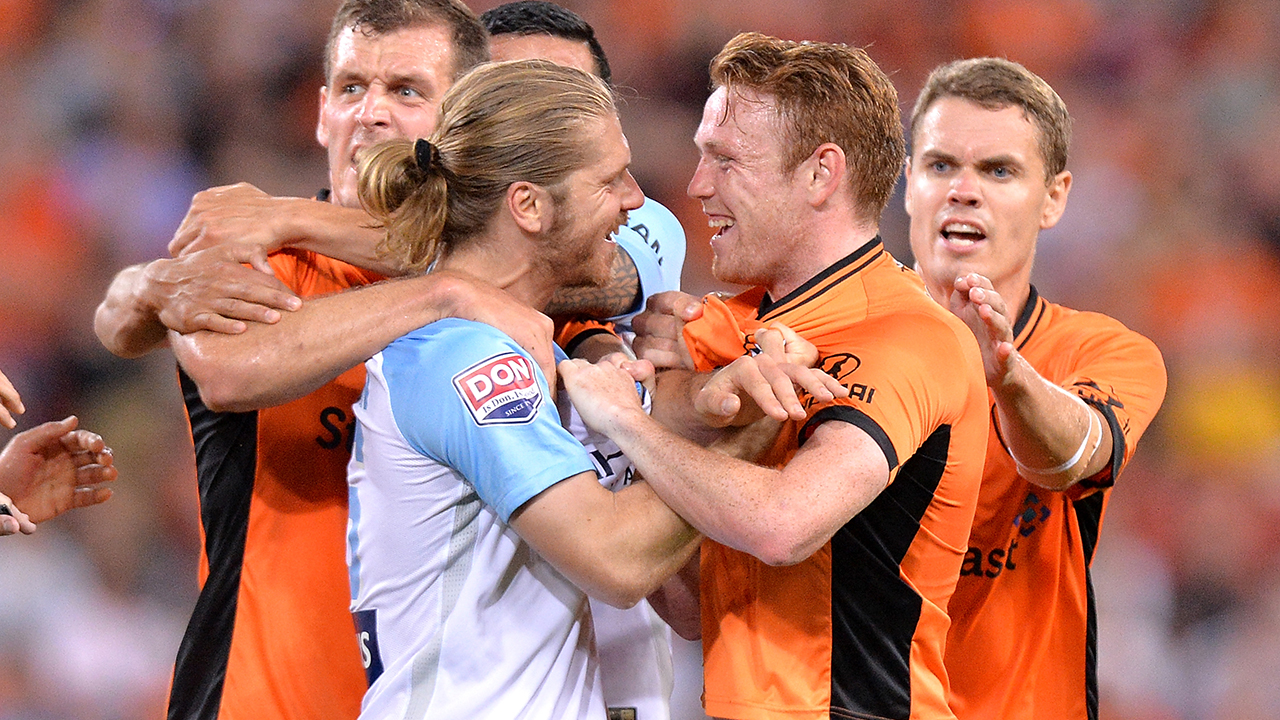 It was the return of Luke Brattan to Suncorp Stadium and there was plenty of feeling in the match. This moment, between him and close mate Corey Brown, saw Brattan booked for the earlier challenge but the smile on their faces told us there was no harm intended.

It’s back to the friendly surroundings of AAMI Park next week as City look to bounce back against Newcastle. With Friday’s loss, the need to get back on the winner’s list will not only be important to maintain our position in the league, but our preparations for the Westfield FFA Cup Final at the end of the month.

Make sure you are there at AAMI Park on Thursday night as we take on the Jets, kick-off 7.50pm. Click here to secure your tickets to the match!