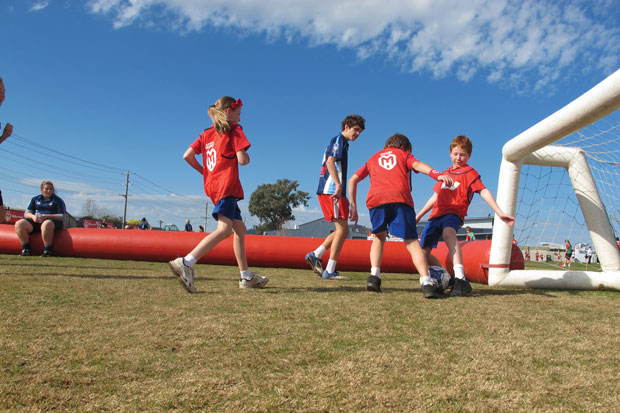 Sue Crow has been involved in managing Australian sport for a number of years. Before she joined Melbourne Heart, Crow was the CEO of Netball Victoria where she successfully established the Melbourne Vixens netball team. Crow was the first female appointed to the Cricket Victoria Board.

Previously as CEO of Women’s Cricket Australia, she oversaw the establishment of the Women’s National Cricket League. She was also the first female to be appointed to a development role at the AFL as National Development Officer.

In her spare time, Crow enjoys competing in open Water swimming events, having won age divisions in the Lorne Pier to Pub, Bondi to Bronte, Byron Bay, and Noosa Swims.

What is your role here at Melbourne Heart?
My official title here is General Manager – Community. I manage the many community programs we have, set up strategic partnerships, seek grant funding, and manage our game development officers.

Have you always been a football fan, or were you a late convert?
I was a late convert actually. Before I worked here I had been heavily involved in AFL, cricket, and netball. However, I could always see the potential of the round ball game. I love working in it, the diversity here is great.

Melbourne Heart prides itself on giving back to the fans and its strong community spirit. How important is community to you?
It’s very important to me. I believe our community work is setting the stage for the future of our club. The members of today will hopefully encourage their families to support us, and then their families in the future. Our work in the community (such as the Street Soccer program) is a point of difference, and people appreciate what we do for them.

What makes Melbourne Heart the best football club in Australia?
We aim to be a very family orientated club, one which includes everybody. The community spirit and the other values that the club hold are so important. All of the staff and players were recruited because of them, and it is a delight to work with them all.