Palatsides: We played our football and we were rewarded

Triumphant Melbourne City National Youth League Head Coach Joe Palatsides has lauded his side’s determination and grit, saying his side’s ability to stick to their guns, play their style and walk away with NYL title was testament to the character of the side.

Late drama saw City convert a penalty in the 99th minute penalty to secure the Championship against Sydney FC on Saturday despite going behind earlier in the match. City were in complete control in the first half but were unable to capitalise on their dominance after hitting the woodwork three times in the opening stanza.

Despite the start, Sydney found themselves in the lead during the second half, with a big final ten minutes seeing City net two penalties to secure its second youth title in three years.

The rollercoaster of emotion was almost too much for Palatsides who said his side’s desire to work hard every session was the key driving factor in getting them over the line in the Grand Final.

“Well you’ll notice my hair is much greyer than what it usually is,” Palatsides said.

“It was a culmination of really good year by the youth boys in the way they worked, their commitment in what we believe in and the style of play and working hard and getting bigger, better and stronger. 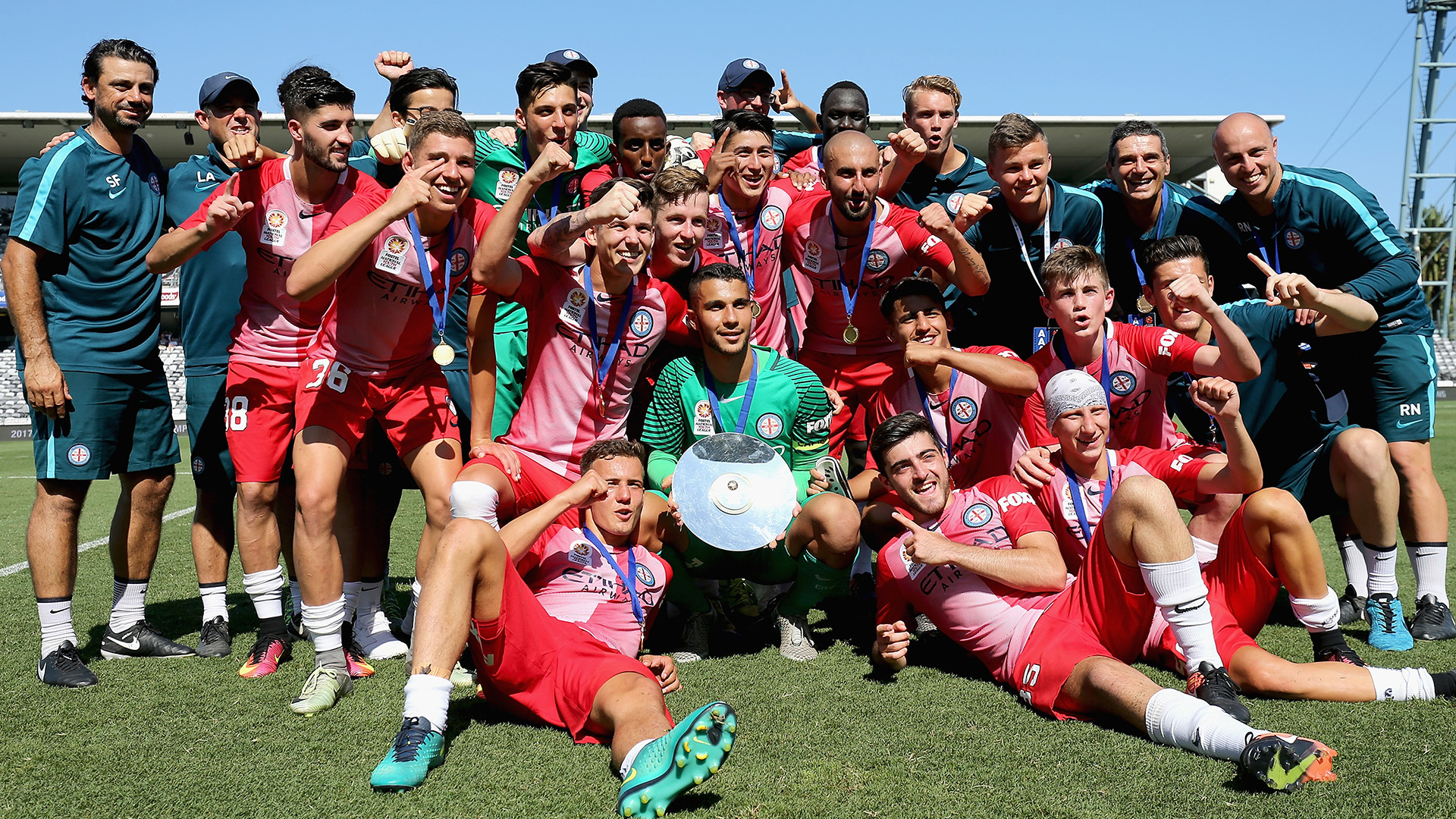 “[It’s about] playing the type of football the Club wants to play at all levels. We deserved to be on the big stage and to have the Grand Final win was a just reward.

“It was a game that we were really happy with the way it started. First half went according to the game plan and we probably should have finished off the game there, we had so many chances. We dominated possession, it was exactly what we wanted.

“It was such a hot day, it was stifling for the players and we probably had a bit of a lull where we couldn’t execute the plan and we let Sydney back in to the game. Football is that type of game where you lapse for a bit, you give the opportunity to the opposition.

“The character the boys showed to get back into it and win the game was tremendous. The elation and feeling afterwards was such that it was a great end to the year that we hoped to have. Full credit goes to the players and coaching staff but I was really proud with the way the boys fought on.”

The Club’s National Youth League campaign has not only showcased some of the country’s best young talent but also highlighted City’s commitment to youth development and Saturday’s triumph will only be a start for the Club’s Academy program which is growing day by day.

“[This season,] we intentionally made our youth program go younger. A lot of people and I thought we’d do well but how well, I wasn’t sure. But when you go younger, you’re going to make mistakes and get better and better.

“When we put the data together, we were in the bottom half in terms of age in the whole league so it’s important to watch these young boys improve, knowing that we have another 2-3 years to work with them going forward.

“It makes you believe that we’re going to make A-League players out of a lot of these young boys where as in the past, they were older and it was a bit harder to get them up to A-League standard in a couple of years so that makes a big difference.” 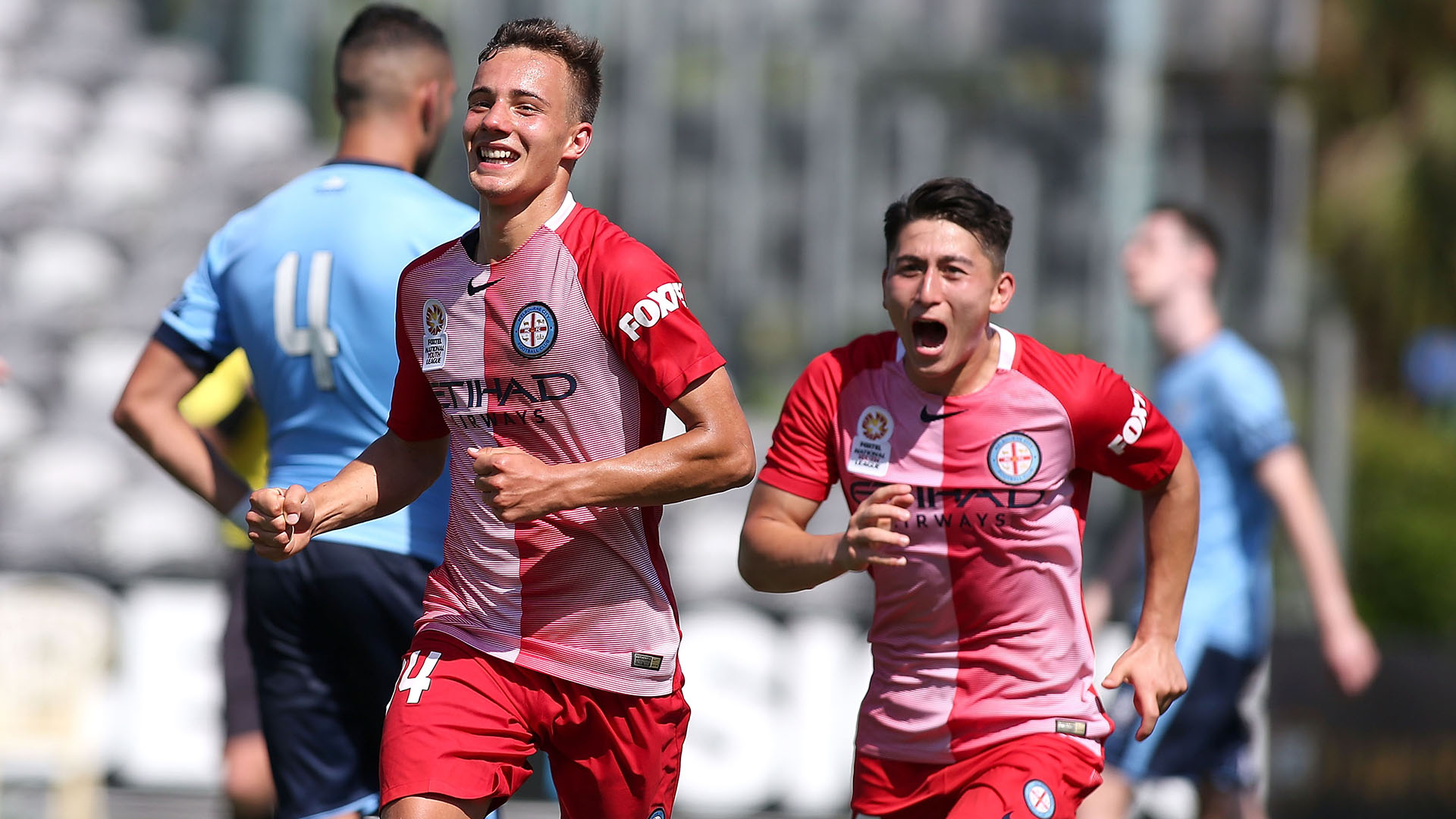 Comparing his latest title triumph to his last, Palatsides had mixed feeling but said the key theme is to see his players develop and move on to bigger and better things with the senior side.

“I think the Grand Final stage makes it a bit better because you have to beat the best opponent on the day and I think that always makes it tougher,” he said.

“When I sit back and look at it, ill probably say the first one was more fulfilling. When you play against all of the best team in Australia both home and away, you know you thoroughly deserve to be the best team in the league and that’s the feeling I got the first time.

“Breaking it up in two conferences and playing just 4 teams home and away and then a Grand Final probably doesn’t have the same effect. In saying that, a thrilling game on the weekend and the Grand Final sort of makes up for it.

“We don’t stop here. The boys had Sunday to celebrate and they have been given Monday off but this week they will come back in and prepare for the NPL season. It’s always going to be hard to get them up again after a Grand Final, it’ll be tough, but this lot is so professional in the way they go about thing and we couldn’t be prouder about the way they have all year.

“It might take them a couple of day to get back in the groove but I’m sure they will perform to the best level of their ability.”

City will now move their attention to the PS4 National Premier League 2 East season which starts on Saturday as they take on recently relegated Richmond SC at the CFA Academy Pitches. Under 20’s kick-off 1pm, Seniors 3pm.